In celebration of International Women’s Day on 8 March and Women’s History Month during March, Pearson’s Women in Learning and Leadership team has created the following list of 50 inspiring women to include in Pearson’s content and to help prompt discussions in the classroom. Until... 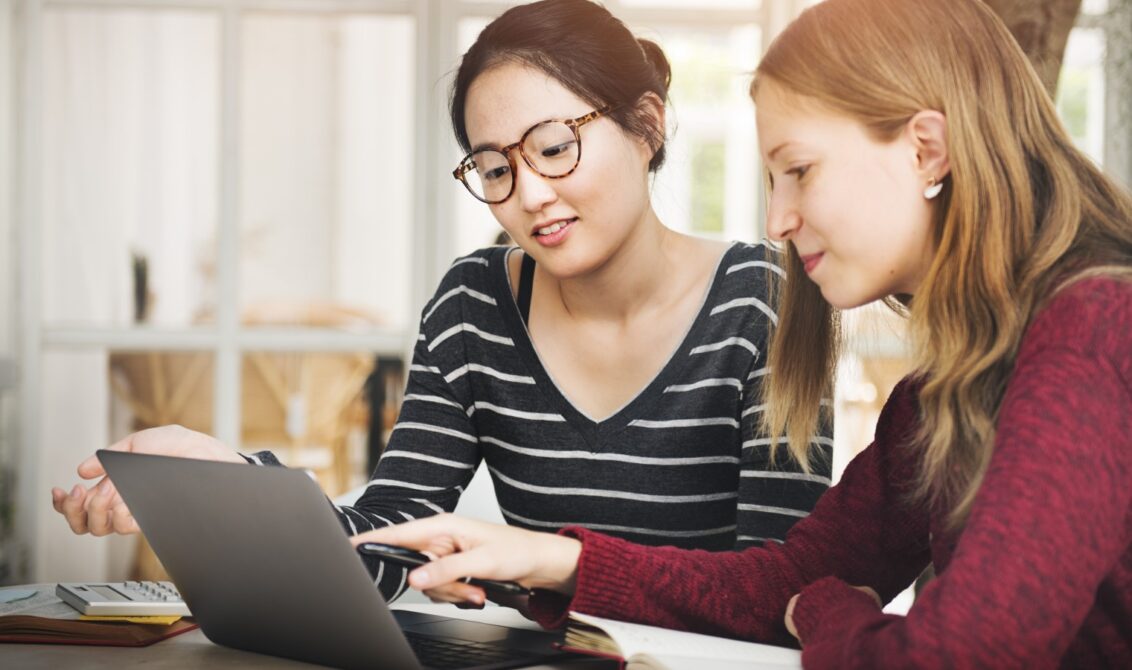 In celebration of International Women’s Day on 8 March and Women’s History Month during March, Pearson’s Women in Learning and Leadership team has created the following list of 50 inspiring women to include in Pearson’s content and to help prompt discussions in the classroom.

Until now, our team have acknowledged that the focus in Pearson products and services has tended to be more on contributions made by important men, while the contributions of important women are more rarely or briefly presented. While it can be more challenging to find women who have made significant contributions through history, they do exist and we’re encouraging everyone at Pearson to include women such as those listed here more often.

But we don’t want to just keep this list for ourselves – there are some great conversations to be had in classrooms around the world about the inspiring women on this list, so we’re delighted to share it with you too.

Included are just a handful of the incredible women who have helped change the world through scientific discoveries, activism, literature, music and art, exploration of our planet and sporting achievements. And, on a fun note, though equally important in order to challenge gender stereotypes, we’ve finished our list with some fictional characters.

In this Part 1, we share our pick of 25 inspiring women authors, actors, artists, activists and STEM pioneers. In Part 2, we share 25 more inspirational women from the fields of sport, business, charity, explorers and fiction to complete our 50 inspiring women.

We hope you enjoy finding out more about these inspiring women and encourage you to find others who are equally brilliant through history and today.

A British author of eight works of fiction. Her most recent novel, Girl, Woman, Other, won the Booker Prize in 2019, and she is the first Black woman and the first Black British person to win it.

An Aboriginal Australian writer, currently residing in France, who won the 2020 Miles Franklin Award for her novel The Yield and was previously named a Sydney Morning Herald Best Young Australian Novelist, for her first novel Swallow the Air.

A Nigerian author, who lives in the US, whose works range from novels to short stories to nonfiction. Her work has been translated into over thirty languages and has appeared in various publications. She is best known for Americanah, Purple Hibiscus, Half of a Yellow Sun and We Should all be Feminists.

An Argentine Spanish-language author, currently residing in Berlin, who has published three collection of short stories, a novella and a novel, besides having stories published in anthologies and magazines. Her work has won numerous awards and has been translated to more than 20 languages.

Fauset was an African-American editor, poet, essayist, novelist, and educator whose work focused on portraying a true image of African-American life and history during the Harlem Renaissance. She wanted a realistic and positive representation of the African-American community in literature that had never before been as prominently displayed. She is known for discovering and mentoring other African-American writers, including Langston Hughes, Jean Toomer, Countee Cullen, and Claude McKay.

An Australian-American singer, songwriter, author, actress and activist whose Grammy Award-winning 1972 hit song I Am Woman became the feminist anthem of the decade and propelled her to international pop-music stardom, including 15 singles on the top 40 of the Billboard Hot 100, three of which reached No.1. She also enjoyed a successful career on the stage and, in later life, she worked as a motivational speaker.

The first African-American woman to be promoted to Principal Dancer for the American Ballet Theatre (in 2015), who is considered a prodigy after only taking up ballet lessons at the age of 13.

A French pioneering filmmaker, active from the late 19th century, and one of the first to make a narrative fiction film. She was the first woman to direct a film. From 1896 to 1906, she was most likely the only female filmmaker in the world.

A British actress of Ghanaian descent and a ground-breaking and BAFTA award-winning screenwriter, director, producer, singer, songwriter, composer, poet and playwright. She was the first Black woman, and the youngest lecturer, in the 42-year history of the Edinburgh International Television Festival to give the keynote address.

The first female Saudi Arabian film director, one of the country’s best-known and most controversial directors. She is renowned for her award-winning film Wadjda (2012) — about a young, Saudi girl who wants to ride a bicycle in her country but isn’t allowed. It was the first production from the Kingdom to be submitted for Academy Awards consideration in the Best Foreign Language Film category.

The daughter of a reformist politician and suffragette, and a close friend of the architectural giant Le Corbusier, de Silva was Sri Lanka’s first modernist architect and the first Asian woman to become an Associate of the Royal Institute of British Architects.

A Polish painter who was the first to gain recognition in Paris in the second half of the 19th century. She is best known for her portraits, painted with great intuition. Her Self-Portrait with Apron and Brushes (1887) developed a new self-portrait pose by placing the artist in front of a model’s backdrop, thus stating that she is her own model.

An English Pre-Raphaelite draftsperson, illustrator, engraver, and painter of social injustices. She was born into a Jewish artistic family, was taught by her elder brother Abraham Solomon, then received art lessons at Spitalfields School of Design. Rebecca exhibited her paintings at The Royal Academy Of Art and was one of the first 34 women admitted to the Royal Academy of Art.

A German artist, painter, sculptor and printmaker. She became the first woman to be elected to the Prussian Academy of the Arts, the first to be appointed as a professor there, and the first to be awarded the order Pour le Mérite for Science and Art. After signing an appeal to defeat the Nazis in 1932, she was forced to resign from the Academy, had her work censored and was threatened with arrest and deportation to a concentration camp. She died shortly before the war ended in 1945.

The Swedish teenager who skipped school and inspired an international movement to fight climate change. She has become a leading voice, inspiring millions to join protests around the world after gaining international recognition for promoting the view that humanity is facing an existential crisis arising from climate change.

The first female Prime Minister and leader of the Australian Labor Party from 2010 to 2013 who is famous for her ‘misogyny speech’ delivered in 2012 in which she called out the sexism and hypocrisy of opposition leader Tony Abbott during Question Time in October 2012.

A British-Jamaican businesswoman who provided sustenance and care for British soldiers at the battlefront during the Crimean War by setting up the ‘British Hotel’, a mess-table and comfortable quarters for sick and convalescent officers.

An American political activist, educator, philosopher, academic, Black feminist activist and author who was a major figure in the Black Panther Party in the 1960s and a political prisoner in 1971. Noted for her eloquence, fierce intellect, radicalism and refusal to accept injustice, Professor Davis is one of TIME magazine’s 100 Women of the Year and currently professor of Feminist Studies at the University of California.

A Māori campaigner for women’s suffrage in New Zealand who was the first woman to address the house of the Te Kotahitanga Parliament (Māori Parliament) in 1893, campaigned for women’s right to vote (granted in 1893) and influenced improvements in Māori welfare.

A multi-award winning female scientist, physician and JAXA astronaut, she was the first Japanese woman in space, and the first Japanese citizen to have two spaceflights. In 2015, Mukai was given the Legion of Honor – France’s highest award. She was honoured for her contribution to the strong relationship between Japan and France in the field of space exploration. Today, she is still a leading figure in Japan’s Space Exploration Programme.

An English physician and suffragist and the first woman to qualify in Britain as a physician and surgeon. Anderson was appointed Dean of the London School of Medicine for Women, which she had helped to found in 1874, and oversaw its expansion.

Born in the UK to Nigerian parents, Maggie is a leading British space scientist, science educator and an Honorary Research Associate of University College London’s Department of Physics and Astronomy. Since February 2014, she has co-presented the long-running astronomy television programme The Sky at Night on the BBC with Chris Lintott.

An English primatologist best known for her pioneering work with Tanzania’s chimpanzees, which she started at the age of 20. This is the longest study of wild animals ever and it has revolutionised how we think about chimpanzees. Her Institute’s work has expanded to other areas in Africa, focusing on education and sustainability.

Inspired? Read Part 2 in which we share the final 25 inspiring women on our list of 50 from around the globe!

Inspirational Leadership? Which women leaders do you most admire? I’m Stumped. #IWD2018 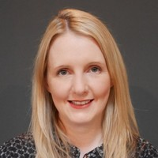 Michelle joined Pearson in 2004 as a Project Editor and has spent the last 17 years moving between roles in Melbourne, London and Oxford, including two years at Edexcel UK and 9 years at Pearson Australia. She is Editorial Manager for the International Curriculum Team at Pearson and Co-lead of Pearson WILL UK (Women in Learning and Leadership) Commercial Products & Services Committee on the creation and implementation of Pearson's Gender Equality Guidelines.

Preparing your students for the world of work
Previous

The effectiveness of an online school in an online environment
Next