How to talk about gender and pronouns in your classroom

How to talk about gender and pronouns in your classroom

In the last few years, there has been a growing awareness of the gender spectrum, the genders which exist beyond the binary, and a shift in the language we use to talk about gender. In many cases, students are adapting to these changes in language... 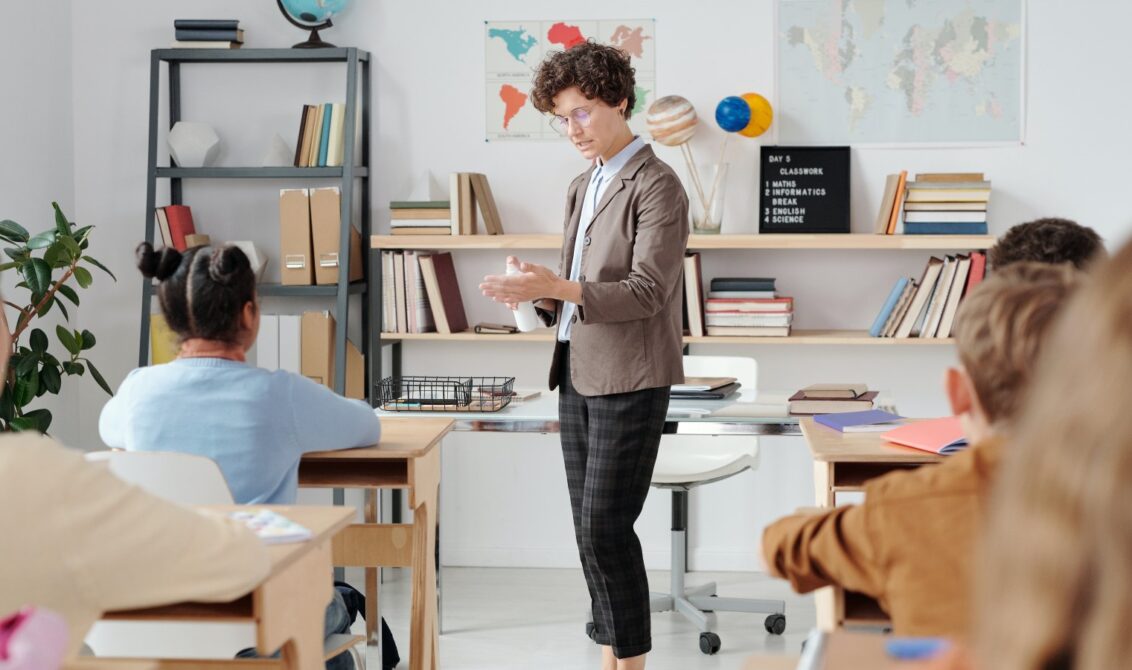 In the last few years, there has been a growing awareness of the gender spectrum, the genders which exist beyond the binary, and a shift in the language we use to talk about gender. In many cases, students are adapting to these changes in language more readily than some teachers. So, how can we talk about gender and pronouns with our students in an informed, sensitive and inclusive way – and why is it important?

It’s widely acknowledged that students’ experiences of school prepare them for life as part of an adult society. But, it’s also important to recognise that our students will go on to shape the world that they live in. So it’s incumbent on teachers to build an open, respectful and accepting environment in schools. Talking openly about gender and pronouns is an important part of fostering an inclusive classroom, teaching respect and empathy, and preparing students for a world where they will encounter people from across the spectrum of gender, sexuality, background and race.

So, how can you approach the subject of gender and pronouns in the classroom? Here are some tips and advice from other teaching professionals.

Get informed and update your language

When you’re thinking about how to talk about gender with your students, the first thing to do is educate yourself. Learn about identities from across the gender spectrum, and the common themes and issues that come up in communities of people who are gender-nonconforming. You’ll be better equipped to navigate questions about gender when you are more informed.

It’s also important to get used to using they/them as a singular pronoun. People can stumble over this, but they has been used as a singular pronoun since the late 1300s, according to Merriam-Webster. Learn more about the use of they and other alternative pronouns like ze, ve, and en.

Jen Mackie works in a secondary school in Australia, where she teaches several non-binary students. She recommends that teachers interrogate their own perceptions of gender identity, and try to move away from their own internalised expectations of gender expression. “It’s important to remember that non-binary people don’t owe you androgyny,” she says. “For people who exist outside the binary, try to disassociate yourself from the physical markers you might be used to.” That way, it will be easier to use your students’ correct pronouns.

Lastly, you can update gendered language and behaviour in the following ways:

Open up the conversation with your students

One of the best times to talk about pronouns is at the start of the school year, when you are introducing yourself to new groups of students. Make a point of introducing yourself, and sharing your pronouns. In some universities and colleges, part of the first class is sharing your name and pronouns – but in primary and secondary school, it’s best to avoid putting students under that kind of pressure. However, you can let students know that they can write you a note or email sharing their preferred name and pronouns.

Sarah Pinkerton, an expert in clinical sexology, works as a sex educator at an international school in Spain. She recommends giving students an overview of pronouns – even if you don’t have any gender-nonconforming students in your class. “You can take a look at different pronouns that exist – he, she, they, ze, and talk about the gender spectrum,” she suggests. “Even if all the students use the pronouns which correspond with the gender they were assigned at birth, it gives them the vocabulary and the skills they’ll need to ask about other people’s pronouns and share their own pronouns.”

Even if you don’t bring up pronouns, you may have had the experience that students will correct you, as happened to Jen in one of her classes. “One student came up at the end of my first class and told me that the name I’d called on the register wasn’t their preferred name,” she explains. “So I asked which pronouns they’d like me to use, and they said they/them. I thought that was so proactive.”

If a non-binary student has shared their pronouns with you, check if they want you to use these pronouns with other members of the school staff during that conversation. If they do, then it’s important to use their pronouns when talking about that student, even if they’re not present, in the staffroom for example. If a colleague misgenders the students, it’s important to correct them – but you can do this without making it a big deal.

Jen has had experience with this situation. “Other teachers in the school, who maybe have less experience of gender non-conforming people, use the students’ preferred names, but getting the students’ pronouns correct is a lot more haphazard,” she explains. “My boss was using the wrong pronouns in front of a non-binary student. I corrected her, and I did feel a bit nervous! But I feel like cis people have the responsibility to correct the wrong pronouns – where we can – in a swift and non-confrontational way.”

Often, staff members are the members of the school community who will struggle the most with these concepts. Students in general are very accepting of the gender spectrum as a concept, and open to learning about pronouns. In one of Sarah’s sessions, she asked her students (aged 13 and 14) why they thought it was important to talk about pronouns. One student said, “It’s a way of showing purposeful effort to include everyone. It might not feel natural at first, but we’re making a positive environment which works for everyone.”

A positive environment which works for everyone? That sounds a lot like the kind of classroom that all teachers should be aiming for!

Photo by Max Fischer from Pexels

The languages challenge: how is your school doing?
Previous

How the Pomodoro technique can help improve student focus
Next