How do we talk about LGBTQ+ in the classroom?

How do we talk about LGBTQ+ in the classroom?

June was Pride month – the month dedicated to celebrating LGBTQ+ people all around the world. It’s a celebration of people coming together in love and friendship, although despite how far LGBTQ+ rights have come, there is still further to go in some places. It’s... 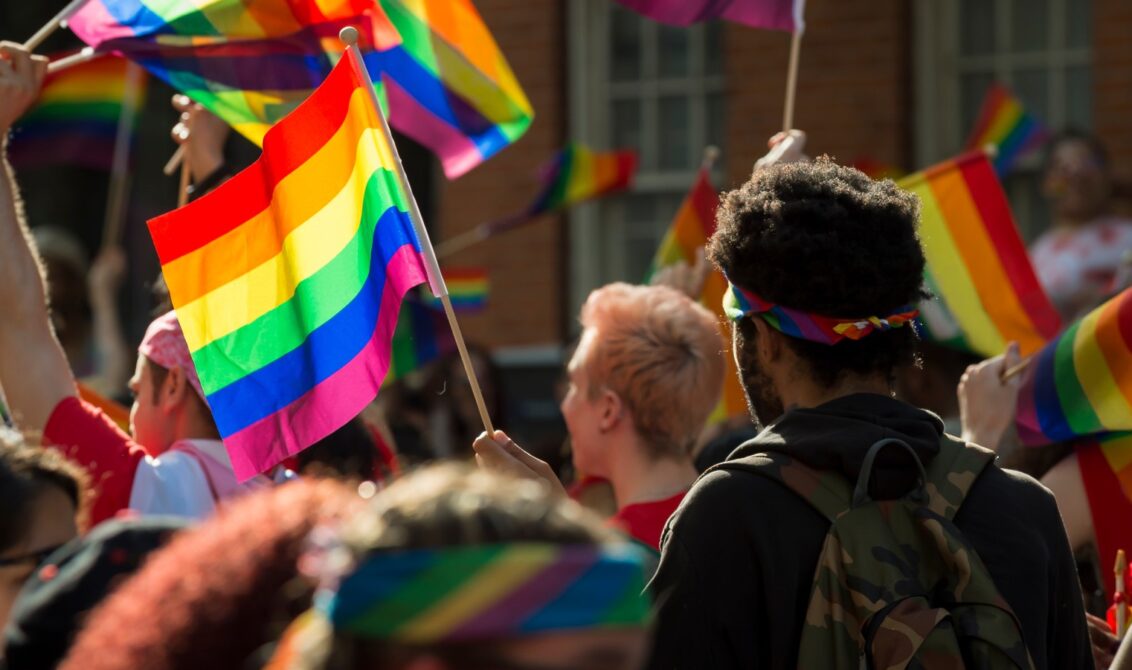 June was Pride month – the month dedicated to celebrating LGBTQ+ people all around the world. It’s a celebration of people coming together in love and friendship, although despite how far LGBTQ+ rights have come, there is still further to go in some places.

It’s a subject that staff and students may find difficult to discuss; indeed students in some schools across the UK and the US have protested and asked for the subject to be dropped from the curriculum, often because they claim the move towards inclusive education is against their religion. Yet charity Stonewall found that 60% of the British public want primary school teachers to speak about different kinds of families, including those who are LGBT, to students. Many students themselves are also eager for progress, given that 45% of LGBT young people face bullying at school, according to Stonewall.

The good news is that there are ways to explore the subject with your classes – during Pride month and beyond.

So what is LGBTQ+-inclusive education and why does it matter?

At its most basic, it is about representation and normalization. Kelly Madrone, author of LGBTQ: The Survival Guide for Lesbian, Gay, Bisexual, Transgender and Questioning Teens, says: “So often, I think we overcomplicate things. It’s not about pushing some kind of agenda, or even about having schoolwide Pride month observances (though acknowledging that it’s Pride month and including related programming can be great). It’s about including all the people and family structures that exist as if they’re normal. Because they are.”

She says it’s about including, not excluding. “If we’re teaching about the Civil Rights Movement and we talk about people like Bayard Rustin, we include all aspects of their identity. We tell the stories of Oscar Wilde, Alan Turing, or Eleanor Roosevelt, or Audre Lorde in their wholeness, without omitting their LGBTQ identity.” There can be a fine line, she admits, between exposure and what can seem to some like an attempt at indoctrination – trying to make kids see the world a certain way. “And I think that’s where some parents and politicians get so upset,” says Madrone. “Admittedly, some people will be angry with even the most basic levels of inclusion, but I think it’s also helpful and important to be circumspect about where that line is.”

For international schools, which will have a diverse intake of students from various backgrounds, there are important cultural and religious considerations for teachers to keep in mind. “There may be a vocal group of parents who don’t support LGBTQ inclusion, or it may come from inside the school, among the faculty or administration,” Madrone says. When it comes to how to address that, it’s a learning journey -one that needs to be taken together. “Victories won by force tend to be shaky ones, and cause longer-term resentment,” she continues. “It’s longer and harder, but I think a process of genuine dialogue and listening, rather than grandstanding and generalizations, is well worth the effort.”

Resources to support your classroom discussion

There are many resources out there specifically designed to help teachers enhance their materials to be more LGBTQ+-inclusive. Proud Trust, which supports LGBTQ young people, offers a series of lesson plans and resources that can be adapted for students of all ages, including tasks that encourage students to write a letter, song or poem that analyses stereotypical statements about gender identity, such as ‘girls should play with dolls’.

Stonewall recommends using a poster that gives the class a visual representation of the many different kinds of family set-up. It also put together a film called FREE, that follows the lives of four children as they work out what it means to be themselves. There are also short videos on gay weddings and adoption that can be used to start discussions about LGBT rights.

The power of storytelling

One incredible resource that can easily be overlooked is storytelling, according to Madrone. “I think sharing people’s stories about their experiences is one of the best teaching tools we have,” she says. “Stories stick, and they humanise issues, bringing them into stark relief. It helps us walk that line between exposure and indoctrination, or sharing what different people experience and believe versus telling other people what they should think and believe.”

The Day, an online newspaper for school children, has a collection of stories that explore whether teens should be able to choose their own gender, and how gay rights have changed over time around the globe. Stories open up ways for us to talk about difficult issues in ways where we can emphasise our shared humanity, and also appreciate how our differences enrich us.

Madrone says: “I’d launch a first-person narrative storytelling element of school curricula that coached kids on how to write and perform a story, and provided them a platform to share. And I’d encourage teachers and administrators [to] share some of their stories, too, both with one another and with the kids they teach.”

Amnesty International recommends leveraging the power of language in relation to LGBT rights, including asking students to think about political correctness, hate speech and music that contains sexist or homophobic lyrics. Tackling such language in school is an important focus area for teachers.

How can teachers support their LGBTQ students, given that many feel stigmatised?

Be normal, Madrone says. “I’ve seen some teachers go above and beyond to support LGBTQ+ kids to the extent that they almost celebrate them above other students, or imply that they are somehow more brave, honourable, or worthy than others. It’s an interesting pendulum swing.” Their hearts are in a great place, but Madrone says it’s important that all kids be made to feel worthy and supported. “We’re in this together.”

So yes, she recommends placing the safe space sticker on the door, including he-he and she-she couple configurations when speaking, including historic and contemporary figures’ full identities. But there needs to be a place for everyone. “Yes, perhaps sometimes a stronger statement is necessary to correct an imbalance, especially if they’re bullying or other abuse is happening, but most of the time, just normalising LGBTQ goes a long way.”