How cryptocurrency could save the world

How cryptocurrency could save the world

Have you heard the story about the guy who spent 10,000 Bitcoins on two pizzas? It’s true. In 2010, when almost no one had heard of ‘cryptocurrencies’, a developer named Laszlo Hanyecz convinced his local pizza shop in Florida to accept the blockchain-based digital currency... 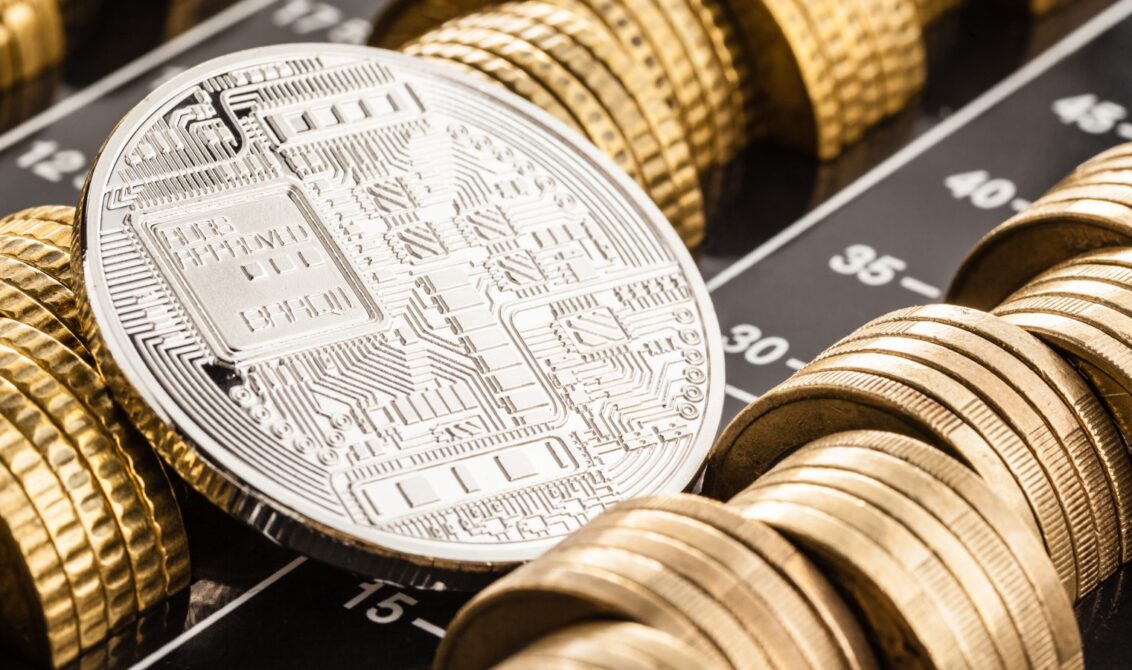 Have you heard the story about the guy who spent 10,000 Bitcoins on two pizzas? It’s true. In 2010, when almost no one had heard of ‘cryptocurrencies’, a developer named Laszlo Hanyecz convinced his local pizza shop in Florida to accept the blockchain-based digital currency in exchange for two pizza pies. If Laszlo still had those 10,000 Bitcoins today, they’d be worth $587 million, more than half a billion US dollars. Some expensive pizzas, wouldn’t you say?

What exactly are cryptocurrencies and what gives them their value?

Well, not unlike ‘fiat’ currencies (the paper and metal money we have in our wallets and purses), a cryptocurrency serves three valuable functions that make it useful in our modern economy: it’s a store of value, a unit of account and a medium of exchange. In other words, someone who has a certain amount of Bitcoin (or dollars, euros, yen – or any other currency) can either:

I know what you’re thinking, though. Bitcoin and other cryptocurrencies aren’t real, they don’t actually exist in physical form, so what gives them value? Think about this though: paper currencies, such as US dollars, don’t have value because you can pinch them between your fingers. The value we affix to fiat money is an illusion and it can be wiped out just as easily as it’s created. Like anything in a market economy, currency’s value is a function of its scarcity and the belief that it will remain scarce in the future. After all, the very word ‘fiat’ means ‘created by a command or act without further effort’. Currency has value because someone says it does, and people believe it – until they don’t.

The role of central banks

The ‘someone’ who backs the value of currencies are central banks. The central banks of the world control the supplies of fiat currency (e.g. the Federal Reserve Bank of the United States; the European Central Bank; the Bank of Japan). The value of each of their economy’s currencies depends on the ability of each of these institutions to control the supply of their currency so that it does not become too abundant. Print too much money and it begins to lose its value, creating inflation and all the economic consequences a devalued currency brings.

Like fiat money, cryptocurrencies have value because they are scarce (scarcity in economics is defined as ‘limited in supply but in demand’). Unlike US dollars, euros or Japanese yen, however, there is no human-controlled institution tasked with managing the supply of a cryptocurrency. Bitcoin (which can be obtained by individuals or companies that harness powerful computers to ‘mine’ it from the internet) are fixed in total supply at ₿21 million. There will never be more than 21 million Bitcoins and, once that amount is mined, it will only be obtainable through trade or exchange with those who already own it. In other words: unlike fiat money, the scarcity of Bitcoin is a permanent function of the currency, making it (in some ways) a safer, more guaranteed store of value than fiat currencies, which are always at risk of falling victim to the misled policy decisions of central bankers.

The realms of science fiction?

In his 2020 novel The Ministry for the Future, science fiction author Kim Stanley Robinson envisions a new kind of cryptocurrency that is formed to harness the powerful incentive of wealth creation in order to help solve the world’s climate crisis. Set in the 2040-60s, the novel begins by painting a picture of a world that has been struck with unprecedented climate-related tragedies, such as a heatwave in India that killed 20 million people. The effects from centuries of humans burning carbon-intensive fuels are increasingly felt, with rising sea levels, extreme weather events, droughts and other climate-related disasters threatening humans’ very existence on the planet.

While various efforts have been employed to try and reverse the planet’s warming (such as seeding the atmosphere with reflective particles to deflect the sun’s warming rays), one of the most compelling methods Robinson puts at the heart of the book’s narrative is the ‘Carbon Coin’: a cryptocurrency that, like Bitcoin, can be ‘mined’. However, rather than harnessing computing power to generate them, Carbon Coins are mined through the ‘sequestration’ of carbon. Sequestration is essentially the opposite of emission. Carbon emissions have grown exponentially over the last two centuries, thanks to the role fossil fuels have played in the industrialisation of the world’s economies. The accumulation of carbon (a greenhouse gas) in the atmosphere has led to rising global temperatures and climate change. To reverse the now intensifying effects climate change has wrought, atmospheric carbon must be captured and sequestered, or stored, back inside the earth. The Carbon Coin (Robinson’s fictional currency, inspired by the research of a real-life Australian engineer Delton Chen), creates a strong financial incentive for industry to do just that.

In IB Economics we study negative externalities and the myriad tools governments can use to reduce the environmental impacts of production and consumption of different goods. These include corrective taxes and subsidies, regulations, legislation, education, international agreements and tradable pollution permits. Robinson’s Carbon Coin combines the principles of a cryptocurrency with a macroeconomic tool (monetary policy), towards the microeconomic end of incentivising carbon sequestration, thereby reducing the negative externalities of industrial production. The idea is simple enough: one tonne of carbon sequestered (e.g. pulled out of the atmosphere and stored safely underground) or one tonne of carbon left in the ground, earns the individual or firm responsible one Carbon Coin.

Monetary policy refers to the role central banks play in managing the supplies of fiat currencies within economies towards the promotion of certain objectives, such as price level stability, full employment and economic growth. In The Ministry for the Future, central banks are asked to add another objective to that list: saving the planet. By offering a backstop to the Carbon Coin through guaranteeing a minimum exchange rate with dollars, euro, yuan, yen and other fiat currencies, and by occasionally purchasing Carbon Coins on the open market (much as central banks purchase government bonds today), the potential financial reward for carbon sequestration is too high to ignore, leading industries to reverse their historic patterns of carbon emission and begin sequestering carbon instead. Oil companies earn Carbon Coins for the oil they don’t extract, while pumping atmospheric CO2 into already emptied oil wells for permanent sequestration earns them more of the sought-after currency. Farmers in the developing world earn Carbon Coins by switching to less carbon intensive methods of farming or by letting their fields fall fallow. The Carbon Coin is a global currency backed by the world’s central banks, earned by sequestering carbon: simple as that.

Cryptocurrency to the rescue?

Economic actors respond to incentives in their pursuit of desired outcomes, whether it is the maximisation of profits, income or happiness. Since industrialisation of the modern economy began in the 18th century, the incentive among producers has been to maximise profits by using ‘least cost methods’ of production which, thanks to the abundance of oil, coal, and gas, has been achieved through the use of carbon-emitting energy. Our transportation sector has likewise grown dependent on technologies that result in massive carbon emissions. As a result, the trend over the last two centuries has been one of rapidly accumulating atmospheric carbon, rising global temperatures and increased extreme weather events.

In the decades ahead, and into the 2040s, 50s and 60s (when The Ministry for the Future is set), a radical rethinking of our industrial economy (and the system of incentives upon which it is based) is necessary if we are to escape the worst of the climate emergencies that seem inevitable if we continue on the track we are on. Inspired by the cryptocurrencies of the 2010s and 20s, the Carbon Coin described in Robinson’s book combines the principles behind Bitcoin with old school monetary policy to create a new global currency that is earned only through the sequestration of carbon: an elegant and simple idea that flips the incentive system of the last two centuries upside down as we move into the rest of the 21st century. 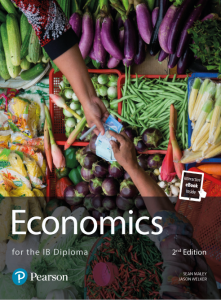 Get your students hooked on real-life Economics with our newly published IB Diploma Economics student book, co-authored by Jason Welker – available now. Sign up to try it for free.

Jason Welker taught IB and Advanced Placement Economics for 13 years at schools in Thailand, China, and Switzerland. In 2017 he returned to the United States and took a position as an Economics Content Fellow at Khan Academy, before turning his attention to practical applications of his economics training in local politics and non-profit work in his hometown of Sandpoint, Idaho. Beyond teaching and authoring textbooks, Jason has developed many digital learning resources, including YouTube video lessons, which, with over 12 million views, have helped tens of thousands of students succeed in their studies over the last decade.

Around the world: FlexEd at British School Muscat
Previous

VR: the new frontier in online learning?
Next