Just 18 months ago, online teaching wasn’t part of the traditional primary or secondary educational landscape. But 2020 gave teachers a crash course in delivering education via a host of different mediums. Classes everywhere were being run on Zoom, Microsoft Teams, Skype and Google Hangouts.... 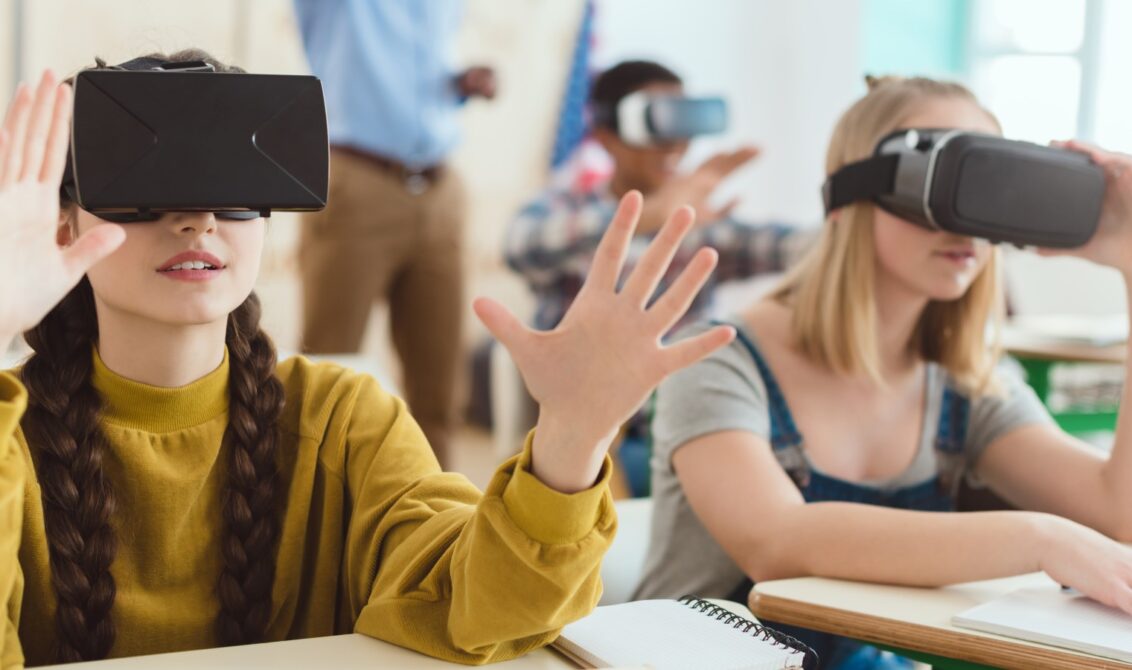 Just 18 months ago, online teaching wasn’t part of the traditional primary or secondary educational landscape. But 2020 gave teachers a crash course in delivering education via a host of different mediums. Classes everywhere were being run on Zoom, Microsoft Teams, Skype and Google Hangouts.

A year on, educators are more comfortable and confident engaging with new technology in the classroom. International schools are beginning to look towards the next evolution of online learning. There are lots of signs pointing to virtual reality (VR) as the new digital teaching frontier. So, let’s take a look at the origins of VR, and what the recent research says. We’ll also speak to learning expert Sara Davila about her research into how VR can be used in the classroom.

How VR has developed over the years

The concept of virtual reality has been around for a surprisingly long time. In the 1950s Morton Heilig, an inventor, created the Sensorama. It was a viewing machine which engaged four of the senses (sight, sound, smell, touch) of viewers while they watched short films. Then, in 1968, a computer scientist called Ivan Sutherland built the first VR headset. For the next 20 years, VR was mainly used for specialist training purposes in specific fields like health or the military.

The research on learning in VR

While VR hasn’t been used in language education for very long, recent studies on training and teaching in VR show some very promising results.

One study investigated the impact of VR learning on 90 primary students. They used VR in their science lessons during a six week period. The researchers measured cognitive, behavioural, emotional and social engagement, as well as academic achievement. They found that the test results were significantly higher across the board for students who had used VR in their lessons, compared to a control group who did not.

Another study involved over 500 secondary students who used VR to do field work in geography. The results emphasised the positive impact of VR learning, as the students who had completed the VR module significantly outperformed students who learned using traditional textbooks and 2D videos.

And a meta-analysis of the last decade of VR research drew similar conclusions. It found that VR can offer students activities and experiences which would not be possible in the real world. These experiences elicit lots of interest and engagement. In turn, this improves student motivation and learning.

Using VR in the classroom

So how can VR be used in the classroom? Sara Davila is Head of Efficacy and Learning at Immerse, a English Language Teaching VR platform. She shares with us some expert insights into how VR works in practice for teachers and learners:

“Imagine being able to conduct an experiment on Mars without leaving your classroom,” Sara says. She explains some teachers have had a chance to experiment with some exciting and immersive aspects of immersive VR:

“They’ve been using 360 Videos in VR, or use 360 images of real-world places for tours and exploration,” she says. “That’s the kind of lesson plan that previously could only be imagined, but now can be fully experienced with virtual reality.”

Sara’s research points to the amazing potential of VR to improve learning experiences:

“In a variety of industries, immersive interactive VR, which has become increasingly affordable in the last three years, has been used to successfully develop career skills for employees. It’s also been used to address equity and diversity in management and access and outcomes in healthcare for seniors and patients.”

“These positive results provide exciting indications of how VR can be used in schools,” continues Sara. “It can be harnessed to improve our learners’ empathy and build critical 21st life skills. It can also improve how students apply knowledge to address problems and work through challenges.”

How VR compares to online teaching

But what about those teachers who are suffering from Zoom fatigue after so much online teaching? According to Sara, there’s no comparison between teaching online and teaching in VR:

“Virtual reality and Zoom have very little in common. VR and Zoom both require an internet connection, but after that the similarities end,” she says.

In Zoom, Sara explains, it’s as if you are sitting in a box, with 10 to 20 students also sitting in boxes, displayed on a screen. “You are in class, but also in your home, your office, your kitchen. You can talk to others, and collaborate, but only with your keyboard and camera.”

Virtual reality, on the other hand, engages your presence and interaction:

“In VR, you are no longer sitting at your desk talking to someone in a box on the screen. Instead, you are sitting next to them in a restaurant booth, or on a flying carpet,” she says. “Students can pass an object, turn it, analyse it, and even dissect it.”

Students complete work using their hands and through talking together. They can even use virtual tools like microscopes, scalpels, and notebooks to document their learning and share their new understanding.

“Teachers are not limited by the constraints of the physical world. With VR technology, students of every ability can now explore the Moon, the oceans, fly an airplane, or climb a mountain,” continues Sara.

We have only been able to dream of bringing these types of experiences to students. But virtual reality makes all of these dreams possible, practical, and accessible. So, there’s a lot to get excited about when it comes to VR in the classroom.

How cryptocurrency could save the world
Previous

The price of virtual art: non-fungible tokens demystified
Next