We had the pleasure of talking with Mr Craig Brown who is currently Deputy Head of Primary at the British International School in Budapest. What made you want to become a teacher? I never thought growing up that I would be a teacher. I was... 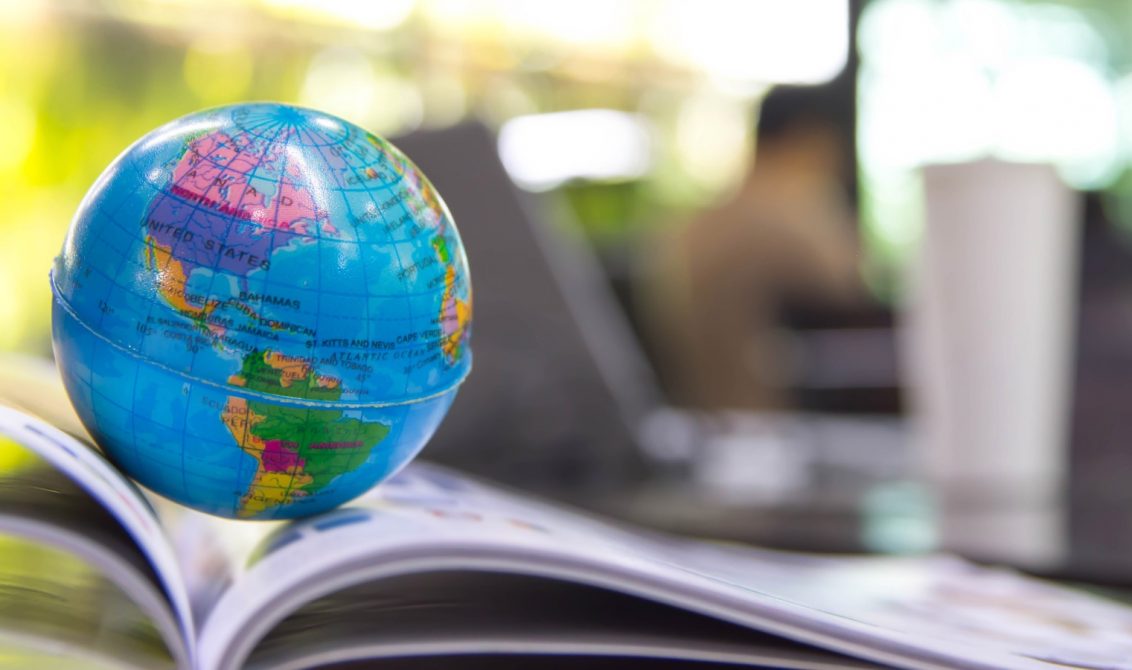 We had the pleasure of talking with Mr Craig Brown who is currently Deputy Head of Primary at the British International School in Budapest.

What made you want to become a teacher?
I never thought growing up that I would be a teacher. I was born and bred in South Africa – both my parents are of British ancestry.  My ambition on finishing school was to join the Police Special Forces in South Africa, but after doing well in my exams, when my father found out I was going to sign up, he said no and secretly registered me to do a teacher training course at a college linked to a university. To appease him, I went for a month but decided it definitely wasn’t for me so I left. I was, however, talked into going back and stayed on to qualify.

I then had two years’ compulsory military service in South Africa, which I really enjoyed and I very nearly did stay in the military – I was travelling all over the place and I did rise fairly quickly up the ranks, mainly because I was fluent in Afrikaans, as well as English and Zulu.

So did you stay in the military?
During and after military service I was actually officially employed by the Education Department – but I was also seconded to do some military placements when I was needed, which seemed to be most of the time initially. In those days even though the Education Department were paying my wages, if I was needed for military service that was always the priority, so that was where I spent much of my time. I had to leave the class I was teaching and return to the military. It was difficult at times to adapt to the changes between wearing a uniform one day and being in a classroom the next.

During the period of my compulsory service, one day we were close to the Angolan border when an armoured vehicle arrived and out of the top popped the Director of Education for our provincial department. He asked who was trained as a teacher from my province and when I put my hand up he asked me what school and what position I wanted when I was finished with my service. I told him and he said that he would see to it and drove away. I was slightly dumbfounded but later got a call from my mother to tell me that a letter had arrived saying I was to return home to that exact job.

This kind of thing would never happen now but in those days it did. I am not sure even today why I was singled out and I did hear after starting my job that there were more experienced people who had applied for the position – but I got it. It was a very good position for an NQT and was the start of my love for teaching.

When did you start teaching abroad?
I left South Africa in 2001 – by then I was a headteacher at a primary school. I left to teach in Luton in the UK, which I’ll be honest, was the biggest culture shock of my whole career.

Why did you pick England?
Because at that time the South African Rand was £20 to one Rand, so I could earn three to four times a headteacher’s salary just being a supply teacher in the UK. There was at the time a ‘colonial’ feeling in Africa that everyone in England lives and speaks like the queen – clearly, it’s not that way!

How did you find teaching in the UK?
This was my first experience of working abroad and it didn’t take me long to realise that you have to adapt as it was a very different teaching environment. I really did not enjoy my time in the UK – probably a combination of location and being my first time teaching abroad. I was extremely impressed with the resources at my disposal but in coming from Africa where discipline was still valued, I was shocked at the behaviour of students and what I perceived (and still do) as weak leadership by the school SLT.

Did you stay in the UK?
No – but I didn’t leave straight away as I had told myself I needed to do at least a year in Luton! However, I was offered an interview at an international school in Botswana and got the position, so while I was planning to do up to a year in Luton, I left after four months to go to the very first CIS-accredited school in Southern Africa.

I loved my time in Botswana – it was a very forward-thinking primary school using the British curriculum and I was working with lots of British teachers there. I loved the fact that there was a tea trolley that came around to the teachers serving tea and biscuits every morning at 08:30 – you can’t get more British than that!

Whilst in Botswana, I became part of a CIS accreditation team, which is where I met the man who eventually persuaded me to move to an international school abroad – to where I am now in Hungary.

How do you like Hungary?
Our perception of Hungary was of my school history and the Austro-Hungarian Empire, so I was surprised when we got here. It took us a long time to get work permits – nearly a year. Getting a work permit with a South African passport, even post-apartheid is hard – it’s really the worst passport you can have! My parents actually qualified for a British passport but they never bothered, so making it impossible for me. British teachers have it really lucky and I still blame my father for the fact I don’t have one today (laughing)! Our original plan was to come for a year but we are now nearly half way through our eighth year.

How did your family cope with the move?
My daughter and son came with us, she was in Year 8 at the time we arrived and my son was just starting out in Reception. Coming here was all-consuming – everything and every day was about the school, as not only was I teaching, but also my wife was needed in school to assist with part of the admin, and of course the children were at school. The whole family would literally get up and go to school together.

How do you find working in Hungary?
In terms of workload for people leaving teaching in the UK, I believe it’s a lighter touch working in Hungary – an easier working environment in some ways, but in other ways, it can be challenging.  We follow the English National Curriculum in Primary and have students from more than 60 nationalities at the school, for many of whom English is a second language, so that brings in other dimensions to teaching. We have children that can speak up to four languages in Year 4 – it’s a very different environment.

From a work perspective, being a private school, we are lucky that we can in a sense focus on what we know works. Our philosophy is: if what we do doesn’t affect teaching and learning positively and we can’t evidence it, then we don’t do it. We are focused on teaching and learning and the progress of individual students in every class. You have the freedom to teach here with great support and high levels of trust in you professionally as a teacher.

Once you have worked in this environment, it is very difficult, if not impossible, to go back into the state education system.

So will you retire in Hungary?
Whilst I love being here – and the benefits I get from Nord Anglia Education, for whom I work, are great – we equally don’t get any other benefits like other EU citizens here because we are ex-pats. To give you an example – my daughter is now at university in the Netherlands and so we have to pay the full 24K Euro fees because we don’t get any of the benefits, even though I pay tax like everyone else.

Also, being on a South African passport I will undoubtedly have to return to my home country – but apart from that, if I could stay when I retire, I probably would.

What has been your proudest moment in your career?
Many years ago in South Africa, at a time when there were schools for white children and schools for coloured children – one day our school had been forced by the Government to take a coloured child into the school and the day this boy arrived, there was a stunned science in the staff room. I remember someone coming in and asking who would take this boy into their class and no-one said a word, so I said ‘I will’.  This young boy was a great footballer and soon settled and was accepted into the school by the other students. Many years later I bumped into him on the street and he told me he had just finished studying to be a lawyer and he would never forget how I treated him and the opportunity he had when he came to our school.

Do you have any advice to NQTs looking to move abroad to teach?
Yes, it’s to take it slow. Don’t expect to feel comfortable straight away – often even the world outside the school is not ‘English’. I always say to new teachers: your one year is one day to me. That’s our philosophy here – we give teachers time and support to find their feet and feel comfortable.

When you start, embed yourself in the school community as fast as you can, as it can get very lonely if you don’t have friends and you can easily feel isolated.

Your work ethic at an international school needs to be different – you can’t see your job as an 8am-4pm; you have to go the extra mile at times otherwise your impact is little. You should never leave a problem you can solve, even if means working to 03:00 in the morning. The flip side of this is that you have the opportunity to develop policy and procedure that is bespoke to your school and suits your environment and is not dictated by a state authority.

The atmosphere in an international school is supportive – in fact, my daughter’s friend is training to be a teacher and I have told her that she needs to get onto the international circuit as soon as possible. It is a much more rich and better experience.

Tell me a funny story about your time in Hungary.
Our biggest shock was probably food. Here, you order things and so much is lost in translation!  We have ordered things like a drink of Fanta before and ended up with chips! Asked for a chicken schnitzel and got stew. Descriptions on the menu are also hysterical. We saw one recently which was advertised in the English translation as ‘cockerels crows and testicles’ – I was tempted to order it just to see what it looked like! This was in a restaurant in the countryside and not our school dining room!

What is it like to teach in Spain?
Previous

What is it like to teach in Sri Lanka?
Next