Why diverse voices on reading lists are important

Why diverse voices on reading lists are important

Novels, short stories, poems and plays offer readers an unique opportunity. Literature provides a new perspective on the world, an understanding of experiences very different from your own, and an insight into different environments and cultures through the writings of authors past and present. However,... 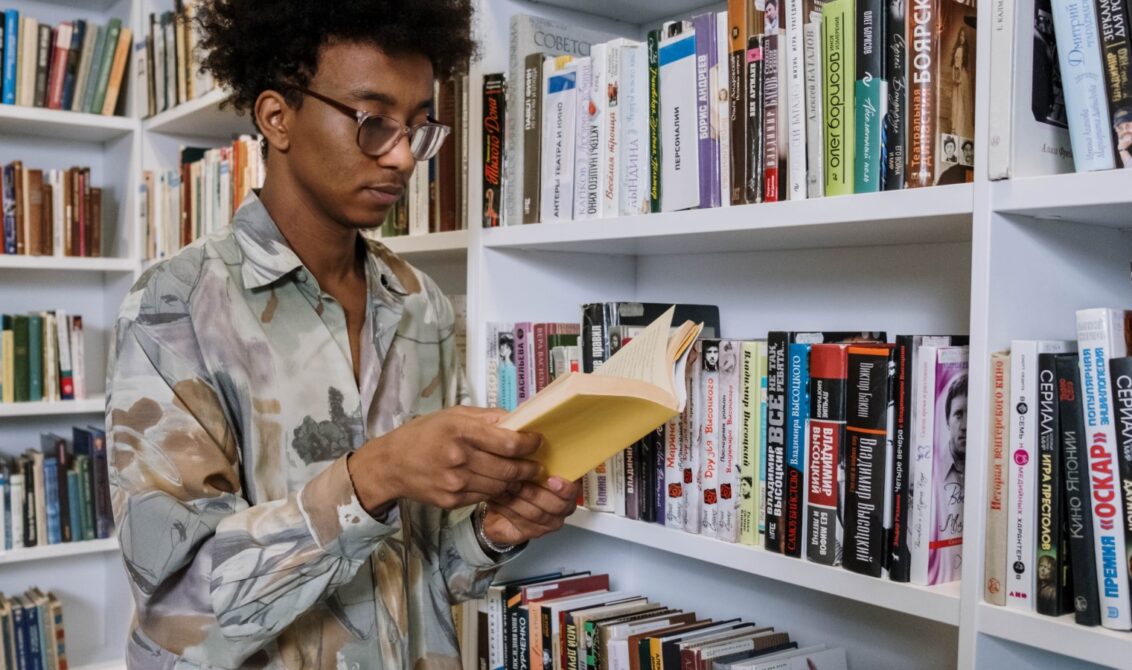 Novels, short stories, poems and plays offer readers an unique opportunity. Literature provides a new perspective on the world, an understanding of experiences very different from your own, and an insight into different environments and cultures through the writings of authors past and present.

However, the reading lists for English literature exams do not make the most of this opportunity to broaden students’ perspectives. In fact, a recent report by Teach First found that it’s possible for students to go through their entire educational journey without reading a text by a writer from an ethnic minority.

Nobody is denying the literary merits of William Shakespeare, Jane Eyre or Charles Dickens. But what happens when the reading list is composed solely of texts written by mostly white, mostly male authors?

For white pupils, they are missing an opportunity to see the world from a new and different perspective. But for everyone else, the impact is more profound.

Booker prize winner Bernadine Evaristo shared her perspective in a report for the Runnymede Trust:

“How terribly sad that children of colour are unlikely to see people who look like them, who come from their backgrounds, represented in the books they are given to read in school, while white children are denied access to immersing themselves in Black and Asian characters, stories, perspectives and poems.”

And, in the Missing Pages report, Teach First trustee Jason Arthur said, “Representation matters. It empowers young people to know that stories that more closely mirror their own hold value. When people see themselves reflected in the culture they consume, it broadens their horizons and helps them to see – to feel – that anything is possible. The classroom is the perfect place to show children that people from all backgrounds deserve to tell and star in the stories our society values and celebrates.”

The Teach First survey shows that a majority of teaching staff agrees with these views on the importance of representation and diversity. In British schools, three quarters of English teaching staff are concerned about a lack of ethnic diversity in the curriculum – and a massive 98% of English teachers think it’s important for secondary pupils to study literature written by ethnic minority authors as part of the curriculum.

So, in the spirit of diversifying the curriculum, we have partnered with Penguin Books and the Runnymede Trust to form the Lit in Colour campaign. The aim of the campaign is to support schools and teachers to incorporate texts from more diverse authors, with dedicated teaching resources and free webinars.

Here are some texts that have recently become part of our GCSE and A level English literature reading list, which you can recommend for your students:

1. The Empress by Tanika Gupta

2. Refugee Boy by Benjamin Zephaniah and adapted for the stage by Lemn Sissay

A story about arriving, belonging and finding home. Teenager Alem travels to England with his father, as civil war is raging back in their home in Ethiopia. Alem is left alone to apply for refugee status, and we follow the struggles he faces in the care of Social Services and the Refugee Council.

This historical novel is set in the mid-18th century, inspired by the Foundling Hospital founded by Captain Thomas Coram, where orphans and foundlings were cared for. This story is about two orphans, Toby and Aaron, and Mish, who watches over them.

This novel starts off with teenager Dante waiting for his exam results, when an ex turns up at his house and leaves an 11 month old baby – his daughter – for him to look after. The book explores the impact of teen parenthood on a family of two brothers and their widowed father, and draws out themes of family relationships, gender expectations and prejudice.

5. Anita and Me by Meera Syal

This semi-autobiographical novel is based on the author’s childhood experiences. The main character is Meena. She’s nine years old and the daughter of the only Punjabi family in the mining village of Tollington. Her best friend is Anita, an English girl and neighbour, and the novel explores the impact on Meena of being caught between two cultures.

6. The Lonely Londoners by Sam Selvon

Set in 1950s London, this novel follows the Windrush generation as they navigate the city and the challenges it poses. It’s one of the first novels to foreground the experiences of poor, working class Black people.

This novel is set in the aftermath of the American Civil War and explores the profound impact of slavery and violence on its victims. Inspired by a true story, it follows the fortunes of a family of former slaves whose house is haunted by a malevolent spirit.

8. The Colour Purple By Alice Walker

This powerful novel is set in the American South in the 1930s and addresses themes of gender-based violence, segregation and exploitation. It follows the story of Celie, a young Black girl as she grows up in poverty, and the challenges she faces.

The story of fifteen-year-old Mariam’s arranged marriage to Rasheed plays out against the backdrop of war-torn Afghanistan. The novel explores themes of family and friendship, and offers an insight into recent Afghan history.

Read more about the Lit in Colour campaign, and find out how your school can get involved.

Also learn how you can create a reading culture in your classroom – and how reading fiction can help your students cope with stress.

Photo by cottonbro from Pexels

How communities have made education stronger during the pandemic
Previous

How to embed a growth mindset in your classroom
Next