Your neighbour is not a Nazi: A treatise for reasonableness in an age of Brexit and Trump

Your neighbour is not a Nazi: A treatise for reasonableness in an age of Brexit and Trump

Checking personal views in the classroom  When Trump was elected I was working in a large international school that had many Americans on its staff. For the sake of interesting conversation, I wanted to find any teacher who had either voted for him, or just... 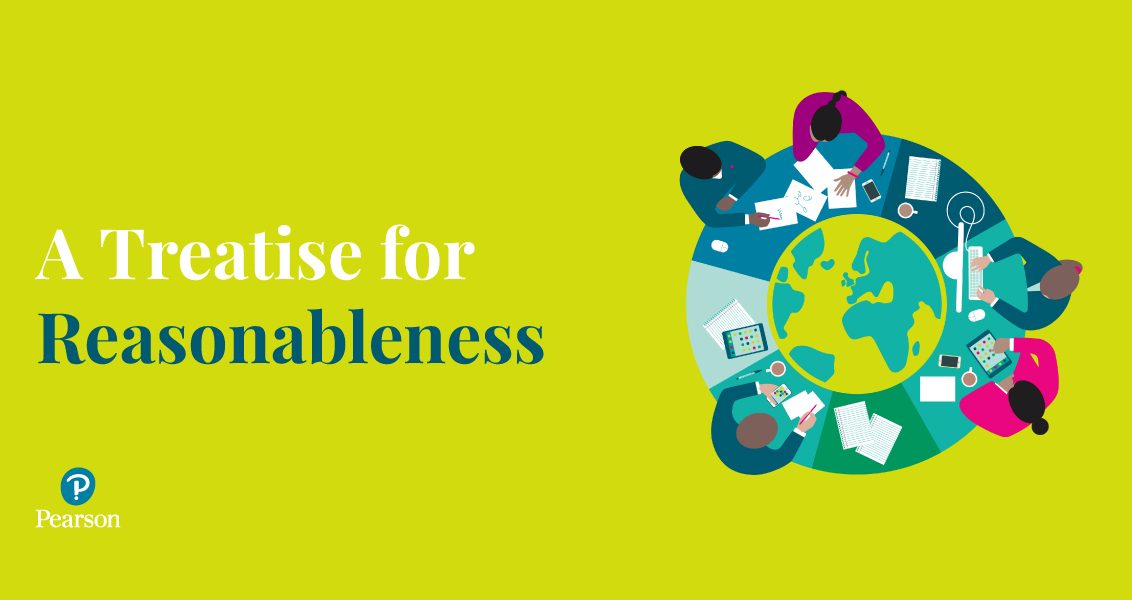 Checking personal views in the classroom

When Trump was elected I was working in a large international school that had many Americans on its staff. For the sake of interesting conversation, I wanted to find any teacher who had either voted for him, or just supported some aspect of his manifesto. None was forthcoming. On the face of it, this may say something about Trump’s deliberately brash brand of pick-up truck politics that teachers may naturally shy away from, but I also suspect there was an element of being anxious of the social and possibly professional consequences for wearing the figurative MAGA red hat. On the sly, some would speak approvingly of some of his policies, but it was always in whispered tones in darkened corners. I always thought this was a real shame, because I know Trump represents quite a large number of reasonable, decent, hard-working Americans who want what they believe is best for their families and their country. Hillary Clinton may have disparagingly called them ‘deplorable’, but that turned out to be her loss, both politically and intellectually.

I can think of a staff meeting whereby the principal (a decent and fair-minded Canadian) reminded teachers there were in all probability large swathes of the community who supported Trump.  It was a good reminder that personal views of teachers need to be checked in the classroom. I believe this is especially true in an age where genuine political diversity seems to be lacking in the teaching profession.

Perhaps it was my Yorkshire upbringing, where spades were always referred to as shovels, and any personal differences could be alleviated over a warm pint of beer/tea (and the gentle enquiry of how the other’s dog is getting on), but I enjoy the company of those with whom I disagree. I have always assumed that if you can’t find something in common with your fellow humans then there is something wrong with you and not the other fellow.

Unfortunately, most people did not have a Yorkshire upbringing while one of the hallmarks of modern living is an increasing tendency towards tribalism (!). Social identity theory assumes the groups we perceive we belong to become an inherent part of our personal self-image. We boost our self-esteem by assuming greater homogeneity (and superiority) of our ingroup and the converse for the outgroup. Consequently, we like to put distance between the ingroup and outgroup and wallow in the mud bath of likeminded groupthink. This process of seeking comfort in belonging makes us all a little poorer and less educated as we rarely hear (or want to hear) the views of those whom we have labelled Other.

The perils of social media with their magnified and entertaining echo chambers are being seen as the main culprit for our apparent increasing inability to hear opposing views. People can immerse themselves in a world where they can literally silence an alternative opinion and find comfort in an intellectual refuge. Outgroups are becoming more distant and mechanisms to secure Otherness are becoming ever easier to enact as we bathe in our daily dose of dopamine from being ‘liked’ by those with whom we agree and blocking those with whom we do not.

Moreover, there seems to be a trend towards an explicit and very public identity adoption and the need to defend it. People either wear a MAGA hat or a Pussy hat; they are either Brexiteers or Remainers; Yellow Vests or Red Scarves. I would also add there seems to be a modern tendency towards a victim status in public debate, and to be a victim you need an oppressor. Oppressors cannot be the bloke in the corner shop or the teacher down the corridor – as victim status cannot be maintained if Barry Who Teaches Economics and who most people know as a loving and decent father, as well as a dedicated teacher, is your enemy. It doesn’t work. You look like a fool.  Therefore, Barry has to be turned into Literally Hitler™ and anyone who agrees with him is Literally A Nazi™.

On Twitter, people scream and chant and wish death on the Other. In Freudian terms, the political id is in the ascendency. As it rampages around social media, for a while the ego is increasingly disempowered, locked in the dungeon of a distant and more polite past when rival tribes booed across their respective amphitheatres and then raised their hats (bowler or flat) at one another before toddling off to the local pub. You can see it in the faces of those wearing rival hats or scarves, or those carrying the various flags on College Green when they hear a voice of disagreement.

Therefore, via the norms of social media and the competition towards victimhood, the mechanisms that maintain polite conduct are becoming ever more degraded. The beating heart of Rome may have been the sand of the coliseum, but the marble of the senate was needed to reflect notions of intellectual debate in an air of cordiality and orchestrated civility (the mob stabbing of Caesar notwithstanding). It is why British MPs stumble over the contrivance of ‘honourable member’ even when they may wish a fate worse than death (and possibly a fate worse than that) on the person they are addressing. And why Barry who teaches Economics should still be called Barry in the staffroom rather than ‘the Nazi who voted Brexit’.

However, there is a ray of light in this new theatre of the absurd. There is much talk about the Snowflake generation and their refusal to feel a feeling that might be anything other than positive. But this is not in keeping with my own experiences – and if you look carefully at the news and the Twitter videos – you see a lot of the older generation engaged in the grandstanding, political bearbaiting and the inevitable screaming, but not a lot of school-aged kids. I am not saying the younger generation are not involved, I am just saying they are perhaps not as involved as they could be. In my classroom, I see students who are robust, funny, intelligent and capable of hearing other’s views without needing a lie down in a padded room. They are disdainful of some of the antics of university students and one recently told me “that’s not us Sir, that’s the generation above us!”. My students are politically aware but they are not seeking to throw fire extinguishers from Millbank Tower or label those who support certain political parties as ‘social criminals’. There are many in positions of authority who could learn a great deal from the gentle humour and civility of my politics class. Moreover, they are not that happy about being denied access to opinions with which they might disagree. They despair (and make fun of) the modern censorship mechanism of no platforming as they see it for what it is: a small minority who want to shut down debate.

Brexit: an opportunity to right some of the wrongs

However, despite the robustness of students, this does not mean teachers should not be actively checking their political bias. I am professionally proud that my global politics students cannot decide how I voted in the Brexit referendum. They have given up asking me directly, and seek to wangle some hint of my Brexit Bias™ one way or the other. But they get no traction and I enjoy playing devil’s advocate to whatever argument they present. I can articulate the arguments behind leaving as much (and as passionately) as any arguments for staying. I see it as my professional responsibility to be able to articulate all sides of a political debate.

This may partly be due to coming from Hull (a city that voted 68% Leave) where most of my family voted Leave, but all of my friends voted Remain. I have heard all sides of just about every argument both for and against remaining in or leaving the EU. I assume good intentions for both sides, but as a professional, I understand the issue in my classroom as academic and intellectual – and not personal.

Therefore, I see the Brexit debate as an opportunity in the classroom to right some of the wrongs of modern trends. I seek to model good manners, to promote civility and to teach the norms associated with reasonable debate. I never demonize a political perspective or personalize attacks on political leaders.  I talk about the need to remain calm, polite, and to accept when you are wrong (and to apologize). I model the use of a gentle humour to undercut some of the hysteria we see on social media. I show that while emotions are important and can be used to signal an instinctive right from wrong, it is also important to keep them in check and to understand how they can sometimes pollute and distort, rather than enlighten and embolden. I point out reasonable leaders on all sides, and encourage students to put themselves in their shoes; to understand and then articulate the world view of the Other is a life skill and necessary in increasingly interconnected communities.

But most of all, as the proud grandson of a Normandy veteran who literally fought Hitler’s hordes across Europe, I talk about the need for reasonableness and perspective and to accept that when someone labels someone else as a Nazi, they are diluting the experiences of genuine victims of Nazi oppression. When my grandfather spoke of the Nazis (and interestingly it was with what I believe to be the 1930s Yorkshire pronunciation of the word – ‘Nazzie’ rather than the current incarnation of ‘Nart-see’) he was referring to actual Nazis who had committed actual crimes. I never heard him label anyone as a Nazi unless they were actually a Nazi. It suggests some level of historical accuracy is also needed in the current climate.

So while I agree we should be seeking disputation for its own sake and allowing some fireworks to fly in the staffroom and the classroom, we should also be mindful of modelling good conduct in an age when it seems increasingly unfashionable to be reasonable. And if you can’t agree on anything at all then at least you can ask them how their dog is getting along.

About the author
Dr Christian Bryan is a co-author of the new edition of Psychology for the IB Diploma. He has been teaching IB Psychology in international schools since 2002. He also teaches Global Politics and Theory of Knowledge.

Is there a potential pandemic of language loss in international schools?
Previous

Debunking the ‘immersion only’ myth
Next