Artists and creatives are unlikely to be successful if they create artistic pieces that require too much of our intellect to decipher when viewed. However, with the emergence of Industry 4.0, the virtual world has much to offer artists in terms of creating opportunities for... 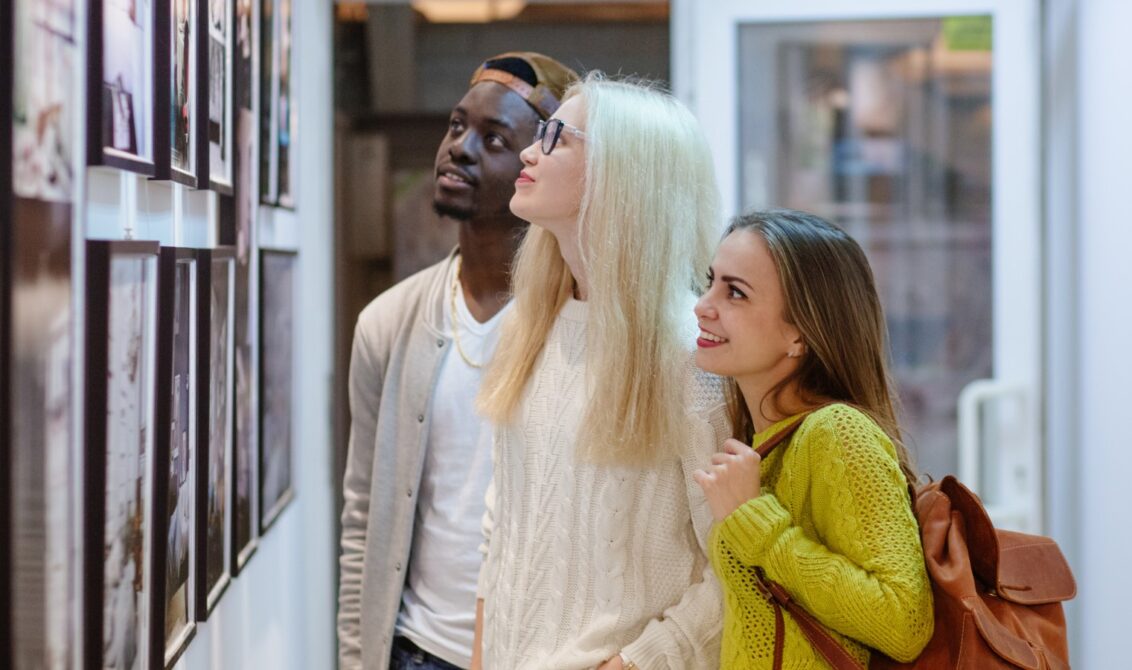 Artists and creatives are unlikely to be successful if they create artistic pieces that require too much of our intellect to decipher when viewed. However, with the emergence of Industry 4.0, the virtual world has much to offer artists in terms of creating opportunities for them to be the ‘first’. The first to show; the first to create awareness; the first to sell… and then the first to upsell.

We grow as individuals by taking a chance on where our careers lead us, we grow as businesses, we grow as a collective in this race to survive, even. So let’s take a look at how the art world is likely to be transformed with the transparency and impact of blockchain technology – and what this may mean for today’s learners.

What is an NFT?

You may have heard the phrase NFTs which stands for ‘non-fungible token’ (and does make me wonder why the technology industry could not simply speak plain old English!). Fungible simply means ‘interchangeable’. Two apples can be fungible; they are equal to each other in their parts and their value. In that same way, specific denominations of coins or bank notes are fungible tokens because each one looks the same and has, equally, the same value.

A non-fungible token however is a digital token that’s a type of cryptocurrency, similar to Bitcoin or Ethereum, but unlike a standard coin in the Bitcoin blockchain, an NFT is unique and can’t be exchanged like-for-like (hence it’s non-fungible). An NFT is, in essence, a collectible digital asset, which holds value as a form of cryptocurrency and, importantly, as a form of art or culture. Much like art is seen as a value-holding investment, now so are NFTs. But how?

What makes an NFT more special than a standard crypto coin?

NFTs are part of the Ethereum blockchain and are in simple terms, individual tokens with extra information stored in them. Storing this extra information elevates an NFT above pure currency and brings it into the realm of, well, anything really! The different types of NFTs are super-varied; they could take the form of a piece of digital art or a music file – anything unique that can be stored digitally and be thought of to hold value.

So essentially, they are like any other physical collector’s item, but instead of investing in an oil painting on canvas to hang on your wall, for example, you invest in a JPG file. Because NFTs hold value, they can be bought and sold just like other types of art – and, as with physical art, the value is largely set by the market. That’s not to say there’s only one digital version of an NFT artwork available in the marketplace, though. In much the same way as prints of an original artwork are made, used, bought and sold, copies of an NFT are still valid parts of the blockchain thanks to encryption technology – but just like reproductions of physical art, they will never hold the same value as the original.

NFTs are exploding in popularity. From a tweet to an NBA champion finding more ways to exploit activity for added income, the range of NFTs in expanding all the time. So what does that mean for learners spending time on social media, or entrepreneurs trying to harness their latest wave of inspiration for financial freedom?

An example: sports in a league of its own

Remember, non-fungible simply means that you can’t exchange it for another thing of equal value. And a token can be a tweet, an image, a video or other digital canvas. Those of us who grew up trading sports cards will quickly understand the high-level concept behind an NFT. However, there is a key difference: an NFT is much more like getting the player’s autograph on the trading card and that player agreeing to never autograph a similar card.

Within the sports realm, that signed trading card would be incredibly rare. Sports card companies certainly make limited editions of popular players, however, players would never agree to only autograph one sports card for their entire career. There are also many comparisons to the art world: an original painting is rare because there has only ever been one of them produced.

Where does blockchain come in?

This often begs the question, well if it’s digital art, why can’t I just make a whole cluster of copies using existing technology? This is where blockchain comes in and why NFTs are even able to accomplish this scarcity. With blockchain technology, you know without a doubt which piece of digital art is the true and only original work because it will have a unique cryptographic signature associated with it.

So, while people could record the highlight video or take a picture, the original still retains its value since you haven’t changed the nature of that original work, you’ve merely copied it. In essence, you don’t dilute the value of the Mona Lisa simply because you took a picture of it on your digital camera. The value comes from the fact that there was only one original artwork made by the artist.

The current generation of learners are growing up right as this technology is developing. Similar to kids who grew up as sports cards were popularised, there are going to be some great opportunities for this generation to collect rare pieces of digital art. However while there are some digital art pieces that are selling for thousands, tens of thousands, hundreds of thousands and even millions of dollars in exchanged currencies, it is not guaranteed that these pieces will be the most valuable going forward.

The freedom to earn where culture intersects with technology

The development of currency towards digitalisation is unstoppable. It is precisely because of Bitcoin’s influence that the study of digital currency and the technology behind it continues to move forward.

From basketball cards being priced higher than the earnings of the star player shooting hoops for a living, to the musician whose music started out making dark pop, then took a turn with film scoring credit which led him to dropping a new single through NFTs – making The Weeknd the most expensive ear ‘piece’ right now. This shows how rapid these different forms of art have spread, causing crossovers throughout different industries and currencies throughout the globe.

In summary, this type of artistic NFTs have the potential to be in high demand and highly sought after, and are therefore likely to attain a significant ‘real world’ value. And, in many ways, those who are currently most attuned to this emerging digital culture will have the best understanding of what may be valuable going forward. This may also be digital art that is created by learners. The underlying lesson here is that, most importantly, learners will have to begin learning more about this technological potential by engaging with this emerging trend early, not to make money but instead, to learn about the new and different ways that technology innovation is impacting disciplines and areas that was previously not considered or assumed to be off limits.

A breakdown of the tech jargon

Blockchain: A blockchain is, in the simplest of terms, a time-stamped series of immutable records of secured data that is managed by a cluster of computers not owned by any single entity.

Non-Fungible Token: NFTs are cryptographic assets on blockchain with unique identification codes and metadata that distinguish them from each other. Unlike cryptocurrencies, they cannot be traded or exchanged at equivalency.

Bitcoin: a type of digital currency in which encryption techniques are used to regulate the generation of units of currency and verify the transfer of funds, operating independently of a central bank.

Ethereum: a global, decentralized platform for money and new kinds of applications. On it, one can write code that controls money, and build applications

Encryption technology: widely available for data protection. Involves protecting information with cryptography via. a scrambled code. Only people with the key to decode the data can read it.

The Weeknd: Abel Makkonen Tesfaye (February 16, 1990), known professionally as The Weeknd, is a Canadian singer, songwriter, and record producer. Noted for his versatility in vocal style. 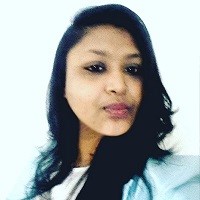 Darshani R Persadh is the co-founder of DARJYO (PTY) LTD, a positioning technology company that helps business increase their play time all the while letting technology conduct most of the work, efficiently. Her skill set includes research and development, quantum for business, AI, the Internet of Things and digital innovation. She takes social responsibility very seriously and when she isn’t coding or developing some odd language, agricultural improvements and mentoring give her peace of mind and help her be one with the world.

Post-pandemic, the kids are alright - and downright inspiring
Next