The big debate: should school uniforms be banned?

The big debate: should school uniforms be banned?

School uniforms have a history stretching back to the sixteenth century. And for almost as long as the concept of school uniforms has existed, so has debate around them. Even in recent years, schools have been featured in news stories for introducing or abolishing school... 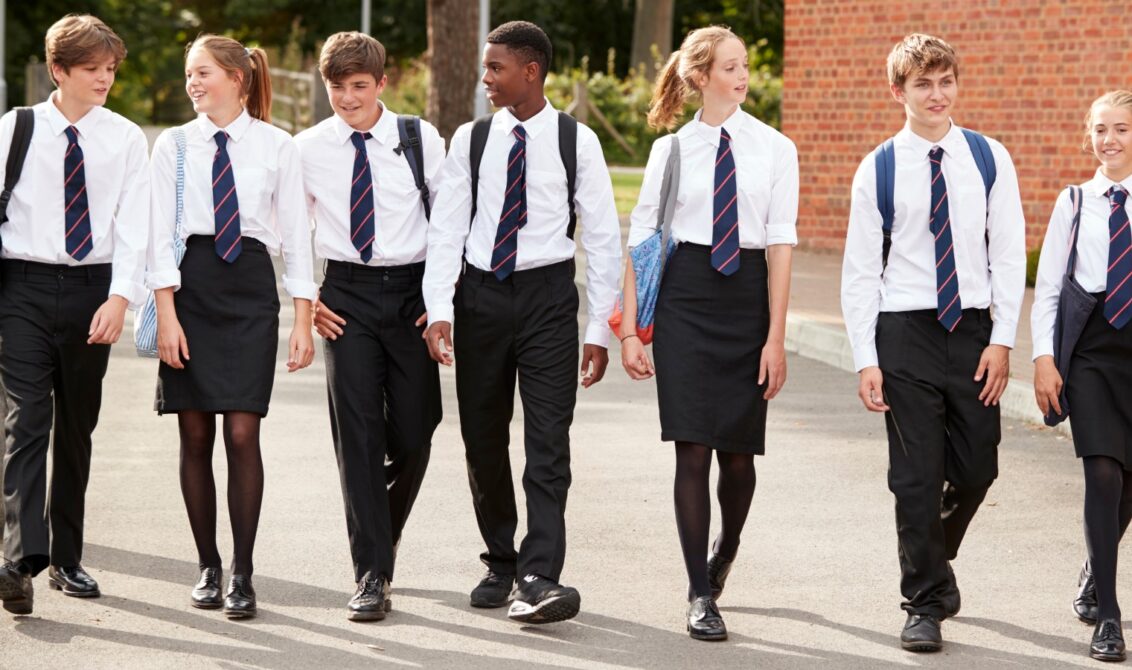 School uniforms have a history stretching back to the sixteenth century. And for almost as long as the concept of school uniforms has existed, so has debate around them. Even in recent years, schools have been featured in news stories for introducing or abolishing school uniforms. Almost everyone has personal experience of either wearing a uniform or not during their school days. It’s certainly a topic that generates strong opinions.

So, what are the advantages of having students in uniform? Are there any negative impacts on students or parents? Let’s take a look at both sides of the debate.

School uniform is a source of collective pride

The proponents of school uniforms believe that a uniform is essential in creating a sense of school identity and community among students. Among the wider community, uniformed pupils contribute positively to a school’s reputation. The argument goes that they give an impression of academic rigour and discipline.

Another benefit of uniform-wearing is school safety. When all students are in uniform, it is easy to quickly identify anyone who shouldn’t be present in the school building.

Also, when students are out in the community, it makes it easier to deal with anti-social behaviour. Members of the public can quickly identify the school that the students are from, based on what they’re wearing.

A UK study found that almost 9 in 10 teachers believe that school uniforms reduce bullying. At the same time, 7 in 10 schoolchildren believe that wearing a uniform helps them to fit in.

The same study found that two thirds of parents said that uniforms made their lives easier, saying uniforms help to create a level playing field. This might be because school uniforms can “poverty-proof” schools. They insulate students and their families from the financial pressure of wearing the latest trends or expensive labels.

Even where money isn’t a concern, getting up every morning knowing what to wear makes things more simple for parents and students alike. It reduces anxieties around clothing choices for children and teenagers.

Headteacher Emma Hattersly, writing in the Guardian, observed that uniforms are freeing, especially for teenage girls. “It shields students from the mounting social pressures to worry too much about one’s appearance.”

In a world of fast fashion and social media selfies, a school uniform serves a practical purpose: it’s a refuge from the expectation to keep up with your peers.

Uniform does more harm than good

However, school uniforms do have detractors – and they make some powerful arguments. Some teachers feel that where uniforms are mandatory, they spend too much valuable teaching time addressing issues of non-compliance.

Many schools differentiate their uniforms based on gender. Usually, the rule is trousers for boys and skirts for girls. This type of gender-based differentiation seems unnecessarily restrictive, and ignores the experience of trans or non-binary children.

In the Journal of Gender Studies, academic Alison Happel makes the point that school uniforms, in particular skirts, restrict movement and enforce gender expectations for girls.

“Wearers must negotiate how they sit, how they play, and how quickly they move. Skirt-wearing, consciously and unconsciously, imposes considerations of modesty and immodesty, in ways that trousers do not.”

However, with boys wearing skirts to school during a heatwave, and prominent uniform retailers no longer categorising uniforms by gender, it seems that the binary approach to uniform might be fading away.

That being said, the traditional school uniform is a shirt, tie and blazer. These items of clothing inhibit free movement and certainly don’t promote things like cycling to school, running around in the playground, climbing trees and playing physical games.

American academic Dr David Brunsma has conducted one of the largest studies into the social and behavioural impact of school uniforms. His research took place over eight years in the United States.

The study balanced the students on the basis of gender, ethnicity and socio-economic status. The conclusion? Uniforms have no demonstrable positive effect on academic performance, discipline or attendance.

A more recent study found that students in uniform displayed better listening skills, and lower teacher waiting time. Nevertheless, another study found that the research on whether uniforms lead to better educational outcomes is inconclusive. So, there doesn’t seem to be a straightforward answer on whether school uniforms make a positive difference or not.

However, there is a middle ground. Some schools don’t require uniforms. Instead, they make branded sweatshirts and polo shirts available to purchase should students wish to do so.

For example, Anthony Gell school in England has a more relaxed dress code. Students have to select appropriate clothing for school, which won’t cause offence. Ultimately, many of them choose to wear the school’s branded clothing.

What do you think?

Is uniform compulsory in your school? Do you have experience of teaching in a school which doesn’t require uniform? What is your personal experience like?

What does a whole-school reading culture look like?
Previous

Knowledge vs skills: what do students really need to learn?
Next