Starting the conversation: feminism in the classroom

Starting the conversation: feminism in the classroom

Is there a place for feminism in the classroom? It’s often mis-defined as a desire for women to be viewed as superior to men, when in reality, it’s a call for gender equality and freedom from repression. Put like that, it’s not so much to...

Is there a place for feminism in the classroom? It’s often mis-defined as a desire for women to be viewed as superior to men, when in reality, it’s a call for gender equality and freedom from repression. Put like that, it’s not so much to ask really, is it? As such, it’s vitally important that we’re instilling these values in young people, values that they’ll take with them into their adult lives – into the workplace, and society as a whole – so that they, in turn, will educate the generation that succeeds them.

Young women and girls are surrounded by idealized, and all too often sexualized, images of how they should look and behave. They’re continually bombarded by messages that assert traditional gender roles and we could lament the impact that social media is having on their mental health, but that’s a whole other discussion. What’s more, there are still careers that are almost entirely male-dominated, the gender pay gap is rarely out of the news, and many school-age girls will already have experienced being jeered in or some other form of abuse in the street. Numerous studies show that already in primary school girls speak up less, marking the first step in an educational journey that later often sees them reluctant to study STEM subjects.

In the age of #metoo, when more and more women are standing up and speaking out, how do we approach feminism in the classroom and use it to empower and inform our students?

It’s undeniable that gender issues are getting a massively increased amount of attention in the media, which makes it even more important that we’re talking about them in the classroom. We need to educate students about what they’re hearing, so that they can feel safe and able to speak out. It’s our responsibility to enable them to understand and participate in the conversation, to help them recognize when something is wrong and to empower them to act in response, and to know how to act.

It’s vitally important to remember that feminism is not just about girls. We must include boys in the conversations that we’re having about equality and mutual respect, otherwise we undermine exactly what we’re trying to achieve. We shouldn’t forget that boys themselves are under a huge amount of gender-based pressure. They’re also subjected to images that tell them all of the ways that they’re not good enough – not big enough, not strong enough, too emotional. The idea of equality should be shared with everyone in order to give them the tools they need to work together to build the best society possible.

This is a conversation that everyone needs to participate in. Teachers are in a position to help their students foster critical thinking when it comes to gender and by doing this, can influence how girls and boys perceive themselves – and each other – to protect their wellness and mental health.

The ultimate aim of discussing feminism in the classroom is to make sure that each and every one of your class reaches their full potential. Together we can help remove those unnecessary obstacles that might be stopping them from receiving the education – and the future – that they deserve.

We want to start the conversation here in our Community. To do that, we’re asking you to share your experiences, or your ideas for addressing these issues, as well as ways to engage students and spark discussions in the classroom.

Perhaps you’ve set up a feminist society in your school or have already challenged your school’s curriculum to put greater emphasis on gender issues. Or perhaps you’re a woman in school leadership – could you share your story to help inspire young people to reach their goals? We’d love to hear from you! Comment on this post or email us to get involved in the conversation. 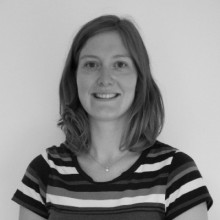 Hannah Schubert has always been a keen writer and started out writing stories in her bedroom, before graduating to writing about great literature at the Universities of Bristol and Oxford. She cut the nib of her marketing pen in the publishing world, in educational and academic books, for Oxford University Press and Peter Lang International Academic Publishing Group, before striking out on her own with Out of the Soup. She currently lives in Bern, Switzerland.

How gamification is changing classrooms and engaging students
Previous

iPrimary and iLower Secondary in action around the globe!
Next