Grammar: what, why and how?

Grammar: what, why and how?

In this article, Hannah Hirst-Dunton, author of our grammar and punctuation programme Building Blocks, shares the questions about grammar she’s most commonly asked! Grammar in the 2013 curriculum has been a bit of a sore point. It doesn’t have much ‘shelf appeal’, and the terminology...

In this article, Hannah Hirst-Dunton, author of our grammar and punctuation programme Building Blocks, shares the questions about grammar she’s most commonly asked!

Grammar in the 2013 curriculum has been a bit of a sore point. It doesn’t have much ‘shelf appeal’, and the terminology is alienating at best. Reference to fronted adverbials, incidental relative clauses and the difference between prepositions and subordinating conjunctions can seem opaque – and has been roundly lampooned as such by the media.

The vast majority of English-speakers use all of these things correctly anyway; they just don’t use technical terms to discuss them. This means that understanding formal grammar could be thought of as largely an exercise in learning vocabulary – and this is valuable. Awareness of it, and the ability to discuss it, is similar to awareness of metaphor or rhyme: it can be used and read for effect. I’m biased, as a passionate grammarian, but I think it can be just as creative.

The following are five of the questions about grammar I’m most commonly asked.

1. What are fronted adverbials, and why do we need to know about them?

Since the curriculum was published, it seems fronted adverbials have been a bit of a punching bag. Fortunately, they’re also one of the easiest examples to explain. Pretty much unfailingly, they’re used across every text with which students come into contact. Have you spotted them in this paragraph?

Adverbials add details about verbs, adjectives or other adverbs. They can be single words (adverbs, such as ‘fortunately’), phrases (groups of words without a verb, such as ‘pretty much unfailingly’) or clauses (groups of words with a verb, such as ‘since the curriculum was published’). If an adverbial is ‘fronted’, it’s simply at the ‘front’ (the start) of a sentence, with a comma after it.

Fronted adverbials can be used to set a mood, mediate actions or improve precision. Conversationally, they’re ubiquitous. In complex texts, they can guide a reader in negotiating the relationships between sentences, paragraphs and topics.

2. What’s the difference between ‘which’ and ‘that’?

Formal grammar is perhaps most helpful in expressing precise subtleties of meaning without unnecessary explanation. The difference between ‘which’ and ‘that’ leads to a good example of this – although we need to whip through a couple of extra terms first (or you can skip the bullet points).

In the second sentence, the relative clause isn’t vital because the blog article mentioned is a specific one.

Distinctions like this show how important subtle grammatical changes in meaning can be. Consider, for example, the difference in meaning between the following two sentences.

3. Is a preposition something you really can’t end a sentence with?

Some people’s aversion to formal grammar can be sourced in their perception of what seem to have been termed ‘grammar nazis’: zealots who seem to take pleasure in smacking down a misplaced preposition. As Churchill is said to have quipped, ‘This is the kind of arrant pedantry up with which I will not put.’

Formally correct grammar doesn’t always help with meaning. It can seem clumsy: even the grammatically correct version of Churchill’s sentence stumbles. (It’s ‘This is the kind of arrant pedantry with which I will not put up’, because ‘put up’ is a compound verb: a verb made up of more than one word.) However, it can help to make a sentence more elegant: for example, to me, ‘the thought with which I woke up’ feels smoother than ‘the thought that I woke up with’. It’s really a matter of preference and context.

If you’re concerned about clarity, accuracy and/or sounding ‘natural’, it’s usually better to rearrange things: ‘I will not put up with this kind of arrant pedantry.’ Understanding the term ‘preposition’ is helpful, here: ideally, its ‘position’ is ‘pre’ (before) the thing to which it refers.

The short answer is ‘not always’. There are multiple contexts in which Standard English isn’t expected: dialect, regional or cultural vocabulary, and the evolving language forms used on social media, are all perfectly legitimate. Like language, different grammars are always evolving. For example, full stops are currently having a moment shining in a new role: Just. For. Drama.

Nevertheless, it’s useful – even vital – to have a kind of middle ground between generation-specific or dialectical language and formal or technical language. Understanding formal grammar means it can be used however and wherever needed: it should expand, rather than limit, options for language.

5. How can I get students to engage with grammar teaching?

For Key Stage 1 pupils, you could set an ‘I Spy’ / ’Show and Tell’ challenge, asking them to spot examples outside school of the grammar points they’ve learned – and examples in which people have not followed the rules.

For Lower Key Stage 2, you could start by focusing on the humour of ambiguity. For example, look at the importance of commas and hyphens:

For Upper Key Stage 2, you could invite debate about the purpose and value of grammar.

One of the most engaging things you could try, though, is to demonstrate that you’re learning alongside pupils. Rather than striving for complete mastery before starting to teach, you could give pupils confidence in their growing abilities by embracing and emphasising any alienation from the subject you do feel.

Find out more about Building Blocks, our grammar and punctuation programme for students aged 5 to 11 and download a free Student Book sample. 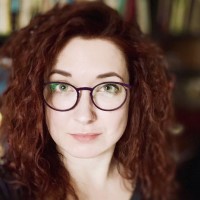 Hannah is a freelance writer and editor of 15 years’ standing, and has counted Pearson among her clients since 2011. She develops projects for educational publishers including Oxford University Press, Bloomsbury, Collins and Scholastic, and honed her grammar skills working for two years as a specialist researcher for the OED. 2021 saw the publication of her grammar and punctuation course for international schools, ‘Building Blocks’, for Pearson.

5 productivity apps every 21st century teacher should have
Previous