Fostering a culture of diversity and inclusion

Fostering a culture of diversity and inclusion

Fostering a culture of diversity and inclusion among pupils is high on the agenda for most international schools. Cultural intelligence – being able to effectively interact with people from different backgrounds – is essential to their career success. It can also vastly improve learning outcomes.... 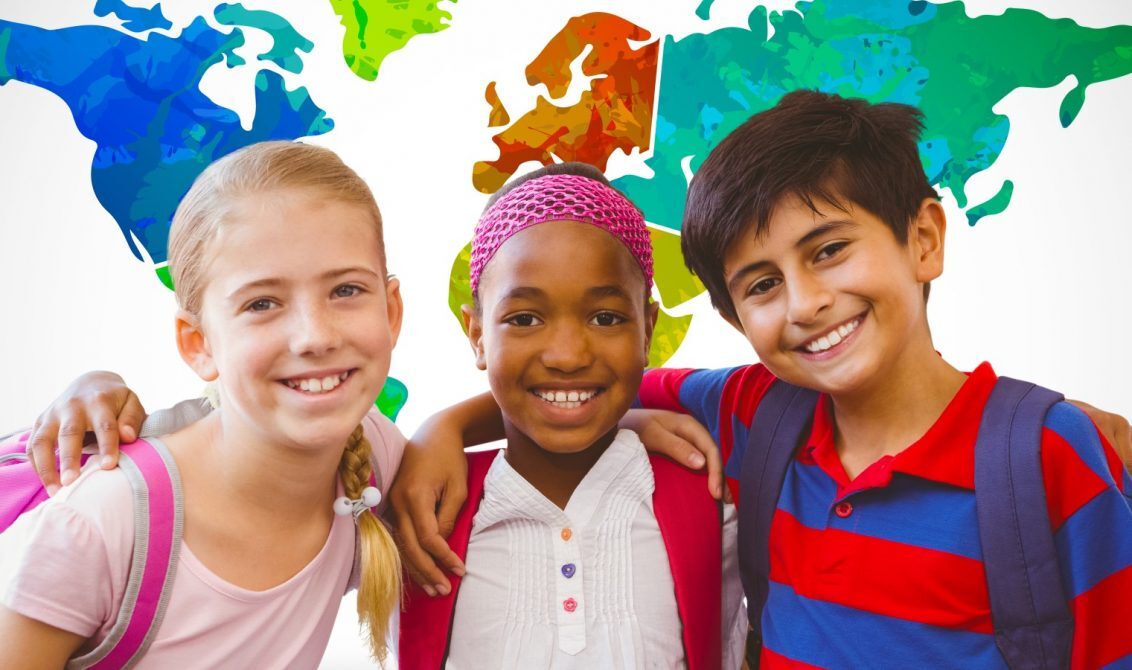 Fostering a culture of diversity and inclusion among pupils is high on the agenda for most international schools. Cultural intelligence – being able to effectively interact with people from different backgrounds – is essential to their career success. It can also vastly improve learning outcomes.

And schools have a moral obligation to create citizens for the world – those who value and embrace people of all genders, sexual orientations, who have different learning styles and come from many socioeconomic, cultural, ethnic, national, religious and language backgrounds.

“The classroom is the space where children learn the value of learning about others, find common ground and make educated decisions about the world,” says David Jones, from the School of Education at Fresno Pacific University in California, USA, who studied inclusion in international schools.

Cultural intelligence is the ‘secret sauce’ for a successful career

Several studies show that the ability to act with cultural intelligence may predict success in certain types of job performance, such as global sales performance, negotiation skills and leadership ability. In fact, CQ has been linked to success in a wide range of professions including banking, teaching, science and the military.

“School should prepare for life,” says Lucie Cerna, an analyst in the Directorate for Education and Skills at the OECD club of (mostly rich) nations. “In the globalised, pluralistic, interconnected societies of our times, children need to learn to live with the reality, the potential, the challenges and the promise of diversity.” A diverse classroom provides a favourable space to learn about building inclusive communities through learning by doing.

Students from international schools should have cultural intelligence in spades. Indeed, studying alongside people from all over the world is a key reason why parents are prepared to pay to send their kids to international schools. While more local children are attending these institutions, foreigners remain key clientele – the children of expatriates, globetrotting business executives and diplomats still make up a significant proportion of many international school classrooms.

International schools have made diversity and inclusion a part of their DNA – hence why they are appealing more to local families.

The benefits of this are bountiful. Dana Specker Watts, director of research and development at International Schools Services (ISS, which manages dozens of international schools around the world), says: “Research shows that diversity improves learning, promotes intercultural understanding and reflects the world.

“Additionally, students are more likely to show growth in complex thinking (creativity, problem solving, moral and ethical reasoning) and they are able to achieve higher levels of intellectual engagement and motivation. Without diversity, we can’t say we are reaching or striving for academic excellence.”

“Teachers will play a decisive role in cultivating diversity and inclusion – for they teach and foster knowledge, capabilities, dispositions, values and attitudes”, says Neda Forghani-Arani from the University of Vienna’s Department of Education, who has researched diversity in global education systems.

She notes, for example, that teachers provide knowledge of the historical and political contexts that lead to prejudice and discrimination. As well as the values of justice, equality, solitary, empathy and respect for human dignity.

Best practices are still being identified and shaped. But Forghani-Arani says that teachers should integrate diversity into their day to day lessons; create spaces for pupils to reflect and discuss the potential and challenges of diversity; be aware of their own biases, so as not to indoctrinate the pupils.

“Teachers must first understand themselves,” agrees Julie Lane, associate professor of education at Fresno Pacific University. “We can never be culturally competent except within our own culture. We will always be on a journey of becoming culturally competent in cultures other than our own.”

Simply recognising diversity – by including it in explicit ways – elaborates understanding, deepens learning and fosters community where none might otherwise develop, she says.

This means bringing culturally relevant content into the classroom, embedded in the annual curriculum rather than being supplemental, Lane says. “This allows children to maintain a connection with their home country – something often lost as they travel.” In international schools pupils may be known as “third culture kids” who are citizens of everywhere and nowhere simultaneously.

However, teachers face manifold challenges in fostering diversity and inclusion in their classrooms, says Cerna from the OECD in Paris. “They teach in the context of legislated curricula, within the constraints of available resources, almost always confined to predefined textbooks,” she says. “Teachers need to be critically reflective of their contexts, while often limited in professional latitude and autonomy.”

Potential pitfalls include reducing diversity to stereotypes; marginalisation of minorities; or the “essentialisation” of cultural or ethnic differences, she says. In other words, we must recognise that everyone learns differently, regardless of the expectations placed on them because of their background.

The school environment and school leadership are not always conducive to fostering diversity and inclusion. Students may be shaped by their surroundings, so Watts at ISS says that the leadership of international schools should reflect the pupils they serve.

Yet she is one of few female leaders in the international schools sector, she says. “We are inadvertently sending the message to students that leaders are white men. Until our leadership teams begin to represent the demographics of our student body, we need to continue to bring equity, inclusion and justice to schools.”

Schools should hire more diverse leaders or create pathways for teachers from broad backgrounds to reach leadership positions, she says.

Yet a unique challenge for international schools is the high rate of teacher and administrator turnover – they often fly in and fly out, hoping to travel and educate the world – which can make it difficult to maintain a culture of inclusion.

Doing this among themselves first may be the key to cultivating diversity and inclusion in their pupils, for the benefit of the school and society more broadly.

“Educators must remember, inclusion is not a setting,” concludes Jones at Fresno Pacific University, “it is a culture that schools must embrace.”

How to motivate your students when learning from home
Previous