Around the world: An award-winning student-led initiative from Branksome Hall Asia

Around the world: An award-winning student-led initiative from Branksome Hall Asia

In January, Branksome Hall Asia were crowned International School of the Year at the 2021 International School Awards. We caught up with Dr Terry McAdams, Director of Technology, Research, and Innovation at the school to find out more about their award-winning school and the project... 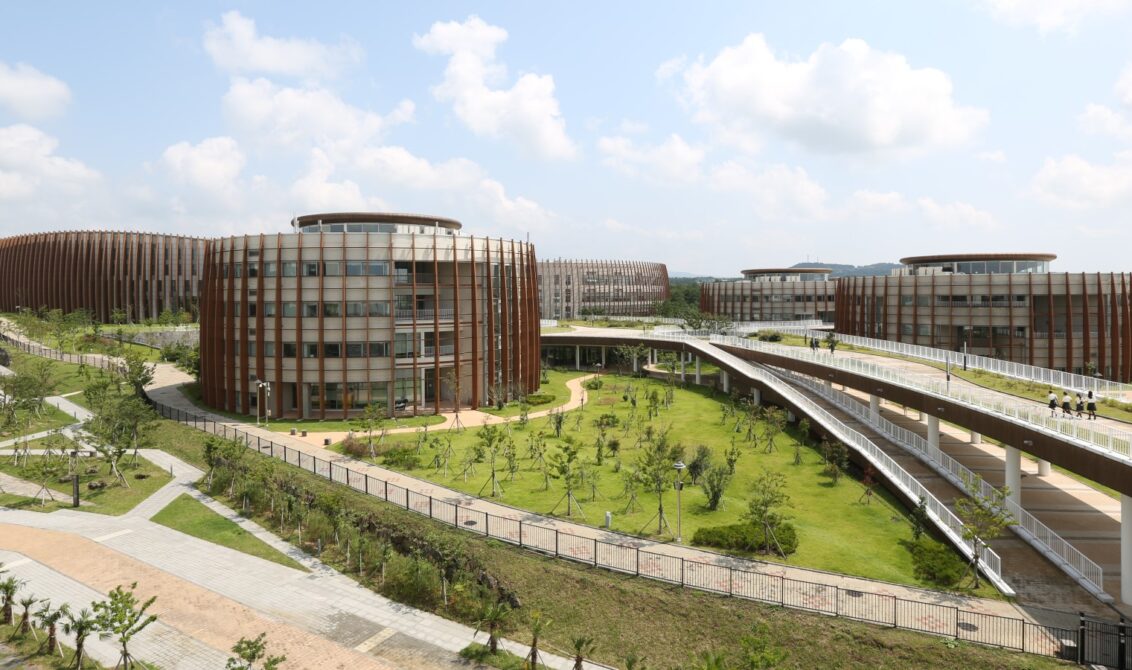 In January, Branksome Hall Asia were crowned International School of the Year at the 2021 International School Awards. We caught up with Dr Terry McAdams, Director of Technology, Research, and Innovation at the school to find out more about their award-winning school and the project that also earned them the Community Initiative Award this year.

The ISC International School of the Year Award, sponsored by Pearson, is, arguably, the most prestigious award in international education. With 264 nominations from 62 countries, all of the shortlisted schools provide exceptional programs for their students. Branksome Hall Asia’s point of difference, according to the highly respected independent judging panel, was the value of their initiatives in, “making a real impact for students and others.” 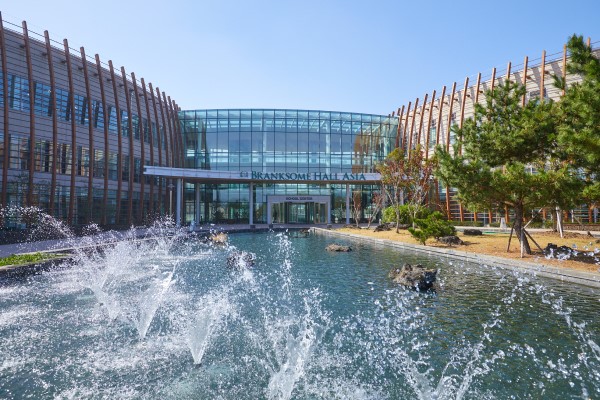 When asked to explain her school’s success, Dr. Cinde Lock, Principal of Branksome Hall Asia, said, “The key is developing strategies to make your mission come alive. We set out to embody our mission in everything that we do as an institution – to challenge and inspire girls to love learning and to shape a better world. Our goal is to make our mission an integral part of the culture of the school.”

Despite opening its doors only eight years ago, this isn’t the first award that the school has won. Last year, they won an award for their initiative to support students as Future Thinking Innovators. This year, Branksome Hall Asia won the overall School of the Year Award, the Community Initiative award, and they were shortlisted for the Strategic Leadership Initiative. Clearly, they have created a blueprint for creating an inspiring community that includes their faculty, student, and parent bodies.

“Winning the Community Initiative award was very special because the initiative that was highlighted was completely student initiated and implemented,” said Dr Lock. The students formed a club they called Paradigm. Their vision was “to convert non-daily engineering to daily engineering based on literary understanding and the love for humanity.” Essentially, they wanted to address social problems through the use of technology because of their desire to make the world a better place.

Their first initiative was to create a disaster research project for the victims of the Nepal earthquake. They contacted the charity, NGO Life World (or Life Nuri), and conducted an investigation to find out the problems that were facing people living in Nepal. The top three issues identified were a lack of electricity, limited clean water, and personal safety. When the girls discovered that many young Nepalese women were being sexually assaulted in the dead of the night they knew they needed to do something. So, Paradigm’s members set about brainstorming ideas to see if they could help address this problem directly.

The founder of the Paradigm Club, Seung-eun Shin, said “We decided that a small, portable, security device would be the best way to help these young women. We then outlined the features that we wanted to include in the security device. We decided to include a flashlight, an alarm, a radio frequency identification (RFID) chip, and a way to charge the device because replacing batteries would be expensive.”

Using the design cycle, the girls produced a number of designs for a suitable security device. The detailed schematics and ergonomics features of their designs are impressive. They factored in different types of grip to activate the device features, the weight, shape, material, and balance of the device. One of the better designs was a wrist band but eventually, they decided that a necklace would be the best option.

Producing a workable design was only the start. The girls needed funding to pay for the security necklaces to be manufactured. They set about entering a national competition hosted by KEDCO (Korea’s Economic Development Corporation). Once shortlisted, the girls had to present their initiative to a panel of judges and persuade them that the necklace could be manufactured and distributed to young women in Nepal. The judges were impressed and awarded them a sizeable grant. This grant combined with additional fundraising meant that Paradigm had raised enough money to make 100 necklaces. 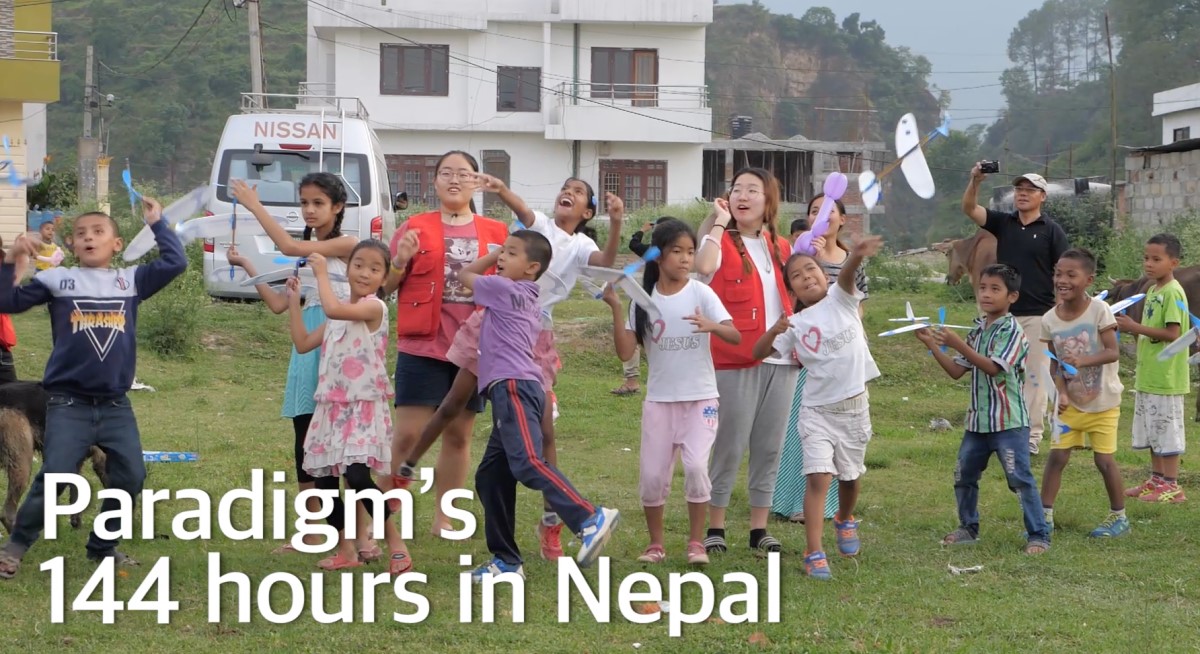 The girls flew 1,625 km to Kathmandu and spent a week working with young children at the Holy Child School. They donated stationery, painted walls, cleaned, and even gave haircuts. They presented the security necklaces to the local young women and taught members of the community to use the RF tracking equipment. When the girls arrived back in South Korea they shared their experiences to inspire the next generation of students.

The future is bright for the Paradigm Club

The original members of the Paradigm Club have moved on but the good work continues. The club has fifteen members and a new leader but the prerequisite is, still, a passion for engineering and a desire to solve problems that will shape a better world. The members of Paradigm choose the projects that they wish to focus on and have made connections with a number of charitable organisations.

One of their more recent collaborations was with World Volunteer (WVO). They reviewed the process to build eco-houses in Laos in order to make them more environmentally friendly. The buildings are made using the adobe method, but there are elements of the model that are not sustainable. Unfortunately, this project has been delayed due to the global COVID-19 crisis, so instead, the girls posted well-woman safety packs, containing items such as organic reusable sanitary towels that they created.

It is clear that Branksome Hall Asia’s mission is deeply ingrained in the school culture. There are signature programmes, aligned to the mission, that runs in each grade from 4 to 10, inclusively. According to Dr. Lock, however, the real difference will be made when the students graduate from university and enter the workplace. She proudly states “Our alumni will be the future innovators who will shape a better world.”I

It is the only sister school of Branksome Hall Canada, which has 118 years of tradition, the school provides the best in education both within and outside the classroom with strong counselling programs to ensure that its students grow to become the leaders of the world.

Around the world: Art allows all children the freedom to explore
Next